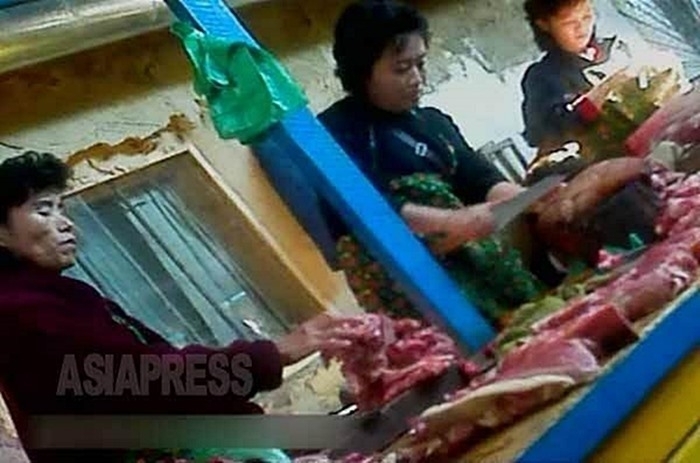 ◆ Sudden spike in number of pigs dying from virus

Since late September, ASIAPRESS reporting partners from various parts of North Korea have been gathering news on the spread of ASF and the state’s efforts to quarantine the disease. To summarize in short, the authorities have lost all control over the quarantine, with the number of pigs dying from infection increasing rapidly.

The first reason for this is that pigs are a valuable source of cash for residents and, thus, are traded in secret to avoid confiscation. The second reason is that officials responsible for the crackdown, such as the police, are being bribed to turn a blind eye. A final cause is the state’s financial difficulties, with authorities unable to properly supply disinfectant or quarantine the pigs.

According to a reporting partner, authorities are not providing specific information on the prevention and control of ASF and there are not a lot of cooperative farms that raise pigs on a large scale. The food given to pigs is not proper pig feed but, instead, mainly a mixture of human excrement and grass, which flies and birds, also capable of spreading the ASF virus, are flocking to as well.

A reporting partner in Ryanggang Province said, “When there is a crackdown, the police and quarantine officers stand at the entrance to the market or at intersections to inspect people’s cars or bicycles. If you offer a bribe, however, you can pass easily. For example, if you are carrying 40 kilograms of pork, the officers will accept a bribe of 5 kilograms of meat or 100 RMB.”
Next page :Buying and freezing dead pigs to sell secretly...