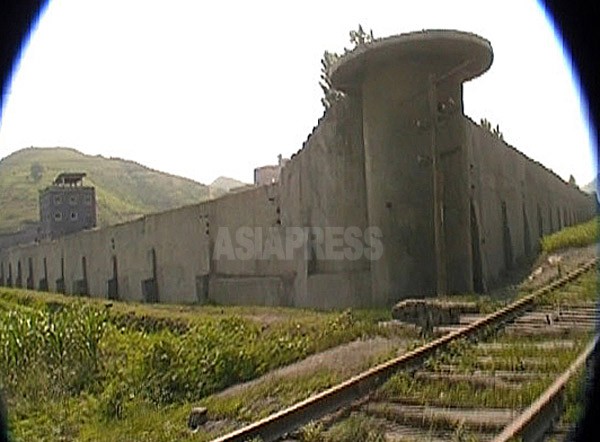 (Reference Photo) The outer walls of the third prison on the outskirts of Pyongyang City. It is said that prisoners inside are engaged in cement production. Photographed in August 2009 by Kim Dong-chul (ASIAPRESS)

On September 9th, the Kim Jong-un regime announced that it will be granting a "grand pardon” to prisoners to mark the 70th anniversary of the founding of the DPRK. Accordingly, prisons across the country have been releasing select inmates since early August. This is the third such pardon decreed by the Kim Jong-un regime in the last three years. (Gang Jiwon / ISHIMARU Jiro)

According to our source in North Korea, the special pardon reduces prison sentences by three years and calls for the release of prisoners with less than three years left to serve. However, the pardon does not apply to political prisoners.

Our partner in North Hamkyung Province reported the following:

"In Hoeryong City, 20-30 people were set free with the first such release on Aug. 6. I won't risk talking about the situation inside the correctional center (prison) though. I returned home with a pledge to not commit a crime again".

Next page: Fragility due to malnutrition...