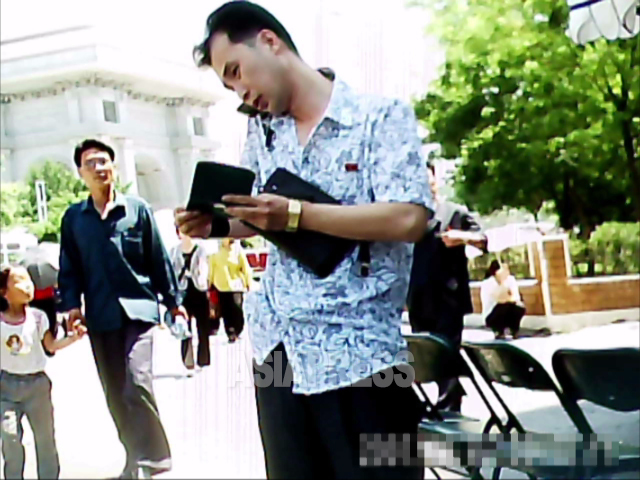 Mobile phone usage has expanded greatly in North Korea, with 5 million people, over 20% of the total population, now in possession of a device. Particularly popular are smartphone-type devices capable of storing images and photos. Meanwhile, the North Korean authorities, concerned by this rise in technology, have sought to tighten their control.

Authorities can tap mobile phones to monitor calls but, nowadays, censors are more concerned with the spread of easily-copied videos, pictures, and text messages.

During roadside inspections and dress code crackdowns, officers first demand to be shown text messages as well as stored photos and videos on mobile phones. Often, when officers choose to confiscate a mobile phone, an investigation follows.

A reporting partner living in the northern region of the country told ASIAPRESS in mid-October, “For all investigations, the Ministry of People’s Security (police), National Security Agency (secret police) and other public security agencies now begin by inspecting mobile phones. I asked an acquaintance of mine who works for the State Security Department and he told me that they have hired a specialist in restoring erased data.”

According to the reporting partner, if you are asked to show an officer the contents of your phone but refuse to do so, the phone will be seized and taken away to have the password or fingerprint authentication cracked. The police offices are said to house such technical experts.

Mobile phone inspections are not limited to just police investigations, however. In North Korea, there are teams of officers on the streets that inspect phones. Known as ‘disciplinary teams’ or ‘secret groups’, they are also charged with cracking down on decadent clothing and hairstyles.
Next page :The reporting partner recalled an absurd...

Next Page
1 2
Facebook Twitter はてブ Pocket Feedly
RECOMMENDATIONS
＜Inside N. Korea＞ Regime Maintains 8 Year Enlistment Policy but Shifts Focus to Training University Graduates for “Scientific Warfare”
A domestic investigation conducted by ASIAPRESS has revealed that the ...
＜A Look at the Latest in N. Korean TV＞ Regime Introduces New TV Channels to Combat the Popularity of K-Dramas
The Kim Jong-un regime has long waged a crackdown on foreign media bei...
＜Inside N. Korea＞The government distributes emergency rations to starving farmers…“Some farmers are so malnourished they can’t stand up”
ASIAPRESS informed its readers about the severe food shortages in Nort...
＜Inside N. Korea＞ COVID-19 Countermeasures Ban Soldiers from Leaving Bases, Leading to Widespread Malnourishment
Since February, the Kim Jong-un regime has thoroughly isolated its mil...
＜Inside N. Korea＞ “Death to Defectors”: Kim Yo-jung’s Campaign Incites Hatred Against Defectors and Stokes Fear among their Families Still in the North
The Kim Jong-un regime has been holding mass rallies across the countr...
＜Inside N. Korea＞ "Our expectations were foolish"...Trade Officials Disappointed by Breakdown at Hanoi Summit
◆It would have been better to threaten the U.S. than to have the summi...