(Interviewed by ISHIMARU Jiro, editor in chief - Rimjin-gang)
2015/March/10
<This article first appeared in the Korean and Japanese edition of Rimjin-gang on December 2014>

It is reported that, since this summer [summer 2014], there have been series of purges of Party cadres and military ranking officials. A phone interview with a trader from Pyongyang who has recently traveled to a Sino-North Korean border town offers more detailed information about the ongoing purges and crackdowns in North Korea. The interview was made on 25 November, 2014.

ISHIMARU: It's been reported that a series of purges and firing squad executions of Party cadres are again taking place in Pyongyang.

Trader: I don't have much to say about the purges because I really don't know much about it. But I can tell you about two firing squad executions. One was in May. The chief manager of the Military- Commerce Administration Bureau (SEE NOTE BELOW) in Kangdong County was executed by firing squad.

ISHIMARU: Was it a public execution? What was the reason?

Trader: It wasn't a public execution. The relief supplies from South Korea reaches to the port of Nampo. A chief manager traveled to Nampo to secretly receive these supplies for the Military- Commerce Administration Bureau. I heard that he was executed on a charge of leaking the story and selling secrets. The only person who was authorized to board the harboring freighter ship from South Korea was that chief manager. Another execution took place in September.

Trader: There was a firing squad execution of a man who lived in the Taesong District.

ISHIMARU: What was the charge, and was it a public execution? 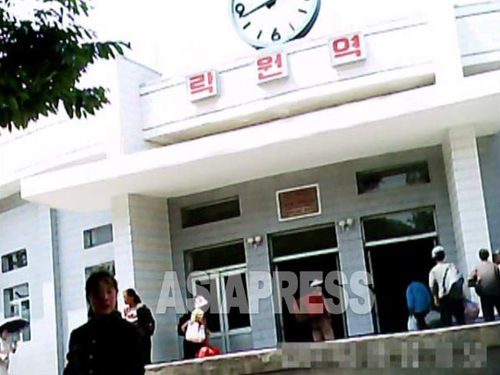 Trader: The charges were spying, narcotic trafficking, selling of impure recordings and some others. Five charges were listed in total. So it was serious one. The execution wasn't in front of the public.

ISHIMARU: If the charge was spying, it was a political case. What did he do?

Trader: The man was a Chinese resident; and he has been travelling frequently to China. I don't have any idea what he was doing, but there are almost no cases of executions of foreign Chinese residents in our country. So I think it was very special case.

ISHIMARU: How was it discovered?

Trader: There was an announcement posted on the public board at the Chinese resident association office. So this story spread quickly among the people. I think the state executed him to set an example and to intimidate and warn Chinese residents who often travel to China.

ISHIMARU: The state followed through with their threat regarding taking a zero-tolerance approach to those who don't follow state dictates. When exactly was the execution?

Trader: I heard this story at the end of September, so I think the execution was in the middle of September.

ISHIMARU: Recently Kim Jong-un has appeared walking with a stick, it seems he injured his leg.

Trader: There was a rumor going around that he was in a car accident and he sustained a leg injury.
ISHIMARU: It's a little stran ge because he was already limping in pictures taken in early summer.

Trader: There was an incident on the road from Pyongyang city center to Kangdong County where the Kim Family's villa is located. The road was unexpectedly sealed off in September and heavy security measures put in place. Rumors emerged that a VIP had had a traffic accident. I think this quickly spread around among the people. But the rumor seemed strange, something wasn't quite right. Anyway, many people still believe this traffic accident story.

The Military- Commerce Administration Bureau is an institution under the command of the Ministry of People's Armed Forces - general/logistical department. It was originally tasked with procuring basic living commodities for military personnel at shops on the military bases and outposts in North Korea. Because of the exacerbation of the military logistic support system, due to economic hardships, the range of roles of the Military- Commerce Administration Bureau was increased. The Bureau begun to manage the feedstock and productions (farming and commodity factories) and to engage in business to earn foreign currency and procure logistic materials for the military. The branches of the Bureau located in the country's east and west coastal regions and northern border area are legally engaged in trading with China. This business consists of trading fishery products, wild vegetables and ore.

Facebook Twitter はてブ Pocket Feedly
RECOMMENDATIONS
＜Inside North Korea＞ “The 7 Year-Old Sent From God”: Why Fortune-tellers are Thriving Despite Regime Crackdown
According to a reporting partner from Ryanggang Province, fortune-tell...
＜Inside N.Korea＞ Gasoline Price Plummets! Why?
ASIAPRESS has kept on surveying major comsumer prices of North Korea....
North Korea’s Second Wave? (1) Internal Documents Suggest Rising COVID-19 Cases
In July, North Korean authorities repeatedly insisted that they were s...
＜Inside N.Korea＞Execution of Border Guard Officer Accused of Overlooking Defectors
On April 4, a reporting partner of ASIAPRESS, in a northern area of No...
[Video Report] 'Doegurikun' the urban poor who delivers grains from farms to market
The sellers at the Jangmadang are waiting for customers to sell ransac...
＜North Korea＞ “Execute the Murderer!”: Bereaved Chinese Family Calls for Death of Suspected Korean Killer as Desperate Border Crossers Turn to Crime
Chinese relations with Pyongyang are said to be rapidly deteriorating ...