Rimjin-gang is unique in that it is based solely on the reports and analysis made by North Korean journalists themselves. All of the articles are based on evidence gathered from photos, film, and audio recordings. This journalism, featuring the true, unadulterated face of North Korea, differs completely from the superficial reporting by foreign government officials and media permitted only in special places like Pyongyang.

Our reports capture the North Korean people's reactions to crucial events, from the 2006 nuclear test to the 2009 currency reform. They include detailed descriptions of the informal market that has come to support the lives of the common people, as well as an analysis of its social significance. The compilation contains all aspects of modern North Korean society, from politics and economics to fashion and daily life.

The hardcover English edition of Rimjin-gang is almost 500 pages long and contains over 200 exclusive photos. It should serve as an indispensable resource for North Korean analysts, researchers, and policy makers.

Recent articles on Rimjing-gang can be found at the Wall Street Journal, The Nation, the Japan Times and the Economist.

For purchasing from outside Japan, the price is 5,000 yen plus 1,000 yen shipping(Total 6,000 yen) to the United States ($50 USD at current exchange rates). Additional shipping fees will be waived for additional book purchases. All major credit cards and PayPal are accepted.  Purchase Rimjin-gang >>>

ASIAPRESS INTERNATIONAL: Based in Japan, ASIAPRESS is a top-class leader in reporting on North Korea. Over the last 10 years, it has delivered a long list of breaking North Korea-related news stories to television and media throughout the world.  https://www.asiapress.org 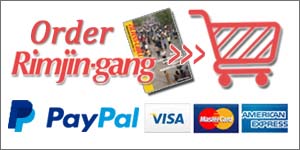 Facebook Twitter はてブ Pocket Feedly
RECOMMENDATIONS
＜Inside N.Korea＞ Serious Damage To Homes Caused By Nuclear Test: Houses Damaged and Buildings Collapse
A strong earthquake, the result of the North Korean nuclear test on S...
FAQ
Rimjin-gang FAQ Q1: What does "Rimjin-gang" mean? A1:Rimjin-gang" is t...
＜Inside N. Korea＞Domestic Currency Appreciates by 22% as Chinese Yuan and U.S. Dollar Mysteriously Plunge Again
The actual exchange rate of the Chinese yuan and the U.S. dollar rece...
The lockdown in Hyesan suddenly lifted after only two days, due to strong opposition
Hyesan’s lockdown was suddenly lifted on the evening of March 4, just ...
＜Inside N. Korea＞ Hunger hits the countryside ... the rise of 'hungry households' confounds authorities
◆Agricultural producers are starving 'Hungry households' is what they ...
＜Photo Report＞ People are exploited in mobilized labor (2) Recorded women’s complaining voices; “This is all free labor,” “Everything is taken by the high ranks”
The mobilized labor is performed by the unit of work place and school....
Rimjin-gang Report - Pyongyang Construction Sites to Build 100,000 Apartments (2011) North Korea
In the capital city Pyongyang, a fully-fledged construction boom has b...
Fishy Business: Will Resumed Smuggling at the Chinese Border see a Return of the North Korean ‘Ghost Ships’?
◆ Illegal fishing in Russian waters draws gunfire On October 7, a Nort...
Student Smugglers: High-Schoolers Sneak into China to Smuggle and Steal for their Families’ Futures
With the Chinese border remaining sealed to block the spread of corona...
N.Korea IT Report - PART2: Diffusion of South Korean Content Through Mobile phones
2015/July/20 Written by LEE Jin-su, Editor; Rimjin-gang and ISHIMARU J...