◆ Am I supposed to work with a pickaxe for the rest of my life?

The Kim Jong-un regime has decided to drastically reduce the number of its military soldiers after the 8th Congress of the Workers’ Party of Korea held in January. The period of military service has been shortened from 13 years to 8 years for men and from 8 years to 5 years for women, and soldiers who have completed their military service have started to be discharged. We can assume that this is part of the "economic policy" of reallocating the labour force to the fields where the labour shortage is serious. However, dissatisfaction is erupting among the discharged soldiers. Our reporting partner living in the northern region investigated the real situation.  (Kang Ji-won / ISHIMARU Jiro) 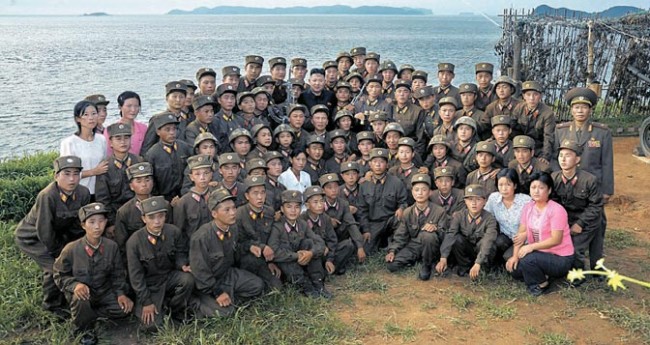 Soldiers of units posted at the West-South Front facing South Korea. Careful observation of the young soldiers in the picture confirms that most appear frail. (Source. Rodong Sinmun. Aug/2012)

In late March, our reporting partner met with officials from the Military Mobilization Department, which is in charge of military service affairs under the Ministry of National Defence’s Replenishment Bureau. The officials confirmed that all soldiers who have been in the military for more than eight years will be discharged, with the exception of special units and certain types of soldiers.

For men, the period of military service over the past decade or so has ranged between 10 and 13 years, which means that a large number of 25-35 year-old men who joined the military around 2010 will be re-entering society (men are required to enlist at some point between the ages of 17 and 25).

You would think that the soldiers would be happy to be released from military life ahead of schedule, but that is not the case. Rather, there is a lot of dissatisfaction over their treatment and placement after discharge. The biggest problem is their placement following discharge. Discharged military personnel used to be given priority in getting recommendations for university admissions, but this year the government's policy is to give priority for "group entry" into the workplace.

"Those from rural areas will be unconditionally assigned to rural areas. Those who were not originally from rural areas would be sent to workplaces where there was a shortage of men, such as farms, mines, coal mines, and construction sites. They will be grouped together by unit, division, or brigade for group entry,” explained the reporting partner who investigated the situation.

This is commonly called "forced deployment" because the individual's wishes are not considered at all, and they are often sent to workplaces where no one wants to go.

There is a strong sense of frustration," said our reporting partner, "that even after being discharged from the military, they cannot go home and instead of a gun, they have to work with a shovel and pickaxe for the rest of their lives.” 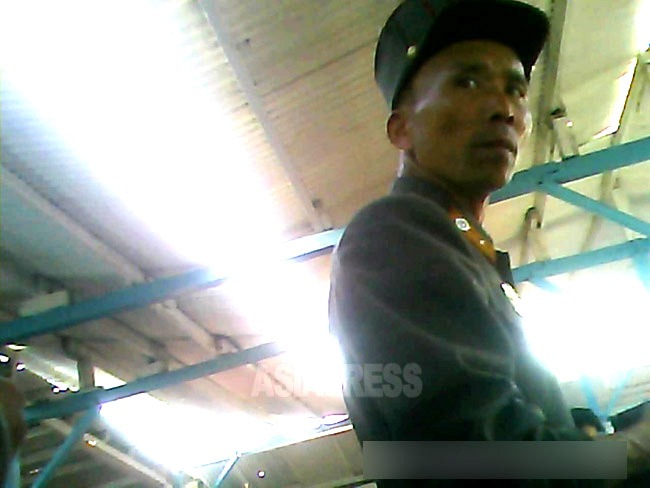 ◆Being deployed to a farming village is a nightmare

Farming is considered to be the lowest occupation in North Korea. Of course, they have no land of their own, and most of the harvest must be paid to the state, with a small share allowed to the farmer. Due to limited opportunities to engage in commercial activities, cash income is also scarce. It is seen as a poor occupation with limited potential for development. In addition, if you are born in a rural area, your children and grandchildren will have to spend their entire lives as cooperative farmers. It is a class system that is difficult to escape from.

Therefore, both parents and young people in rural areas will dream of somehow elevating themselves above the caste they find themselves assigned to. This is called "changing class". For women, there is a possibility of leaving farming if they marry an urban worker. For men, one of the only chances to "change class" comes following military service when they are placed back in society. How do they accomplish this? A researcher explained as foolows:

“Soldiers from rural areas apply to extend their service in order to become junior officers or technical soldiers, and then try to get deployed to cities. It is common for them to stay in the barracks for an extra five to ten years. However, this year, it has become difficult to avoid forced deployment. Since rural areas are full of women and few men, soldiers from rural areas are unconditionally assigned to their hometowns under the strong mandate of the central government.”

Parents of discharged military personnel are expressing their dissatisfaction too. Our reporting partner shared the following concerns from affected parents:

“It is more painful for me to see my son being sent to a farm through a 'forced assignment' than being sent to the army. It's not right for the government to decide the path of my child who I've raised so well.”

One of the "compensations" usually granted to soldiers following their long military service is a priority recommendation to join the Workers' Party. This is because becoming a member of the party is an absolute prerequisite for career advancement. However, because of the large number of people discharged from the military at once this year, qualifications for party membership have been tightened, following an announcement at the 8th Workers’ Party Congress held in January. As such, it will not be possible for many to join the party immediately after being discharged.

“The authorities are trying to persuade people that they can join the party if they work diligently in the workplaces where they have been assigned for the group entry," said a reporting partner.

Given the estimate of 700,000 soldiers in the North Korean army, and assuming that 20% will be discharged, there will be 140,000 young people returning to the society this spring. It remains to be seen if the Kim Jong-un regime will successfully mollify the large number of dissatisfied discharged military soldiers. (To be continued)