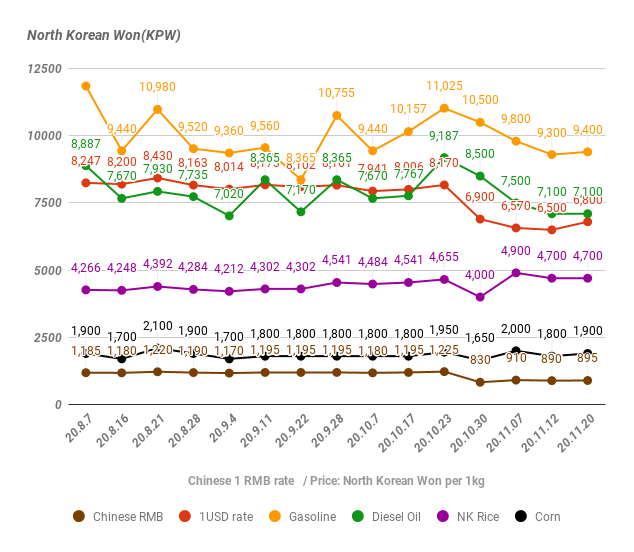 It was at the end of October that the abnormality was detected. The exchange rate of the North Korean won against the RMB and the U.S. dollar suddenly surged.

When the value of foreign currency fell by 20-30%, panic spread among North Koreans. An reporting partner in the northern region of Ryanggang Province is quoted as saying:

“Some say that the yuan and the dollar will fall further still, and others say they will return to their original rate once trade with China resumes. Market traders have had a hard time pricing their goods. Some traders say it's an opportunity to buy yuan and dollars.” 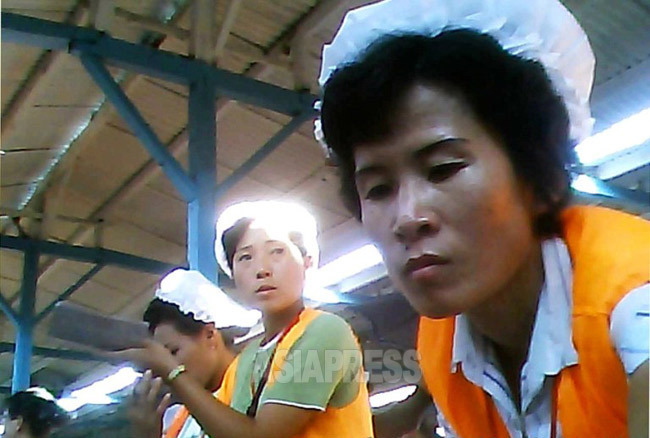 The official exchange rate announced by the North Korean authorities is 1 dollar for roughly 100 won, however, the exchange rate is much different at black markets. As the Chosun Trade Bank unofficially discloses the market price every day, illegal currency exchangers called 'Money Dekos' use this as a reference along with locally gathered information to set their own exchange rates. As such, the exchange rates have been fluctuating greatly over recent weeks.

The main foreign currency in circulation in Pyongyang is the U.S. dollar, but the RMB is dominant in other regions. Over the past decade or so, the North Korean won has lost credibility domestically, prompting residents to use foreign currency extensively in their daily lives.

“We use RMB even to buy a single piece of tofu”... “bribes and fines are also paid in RMB,” provincial city residents explained.

This isn't to say that North Korean won can't be used, but after the day's business is over, most merchants will bring won to currency exchangers and have it converted to RMB. This is to protect their assets.

Anxiety about foreign exchange reserves first began in early November of last year. Suddenly, the government began to crack down on the use of foreign currency. The trigger was a direct order from Kim Jong-un.

Kim Jong-un spoke with condemnation saying, “Handle foreign currency well, but at the same time don’t neglect one's own currency.” Since Kim Jong-un’s criticism, the number of crackdown personnel in the market has doubled. The use of foreign currency is forbidden and, if caught, the entire amount of cash is confiscated. The arrest of 'Money Dekos' has continued.