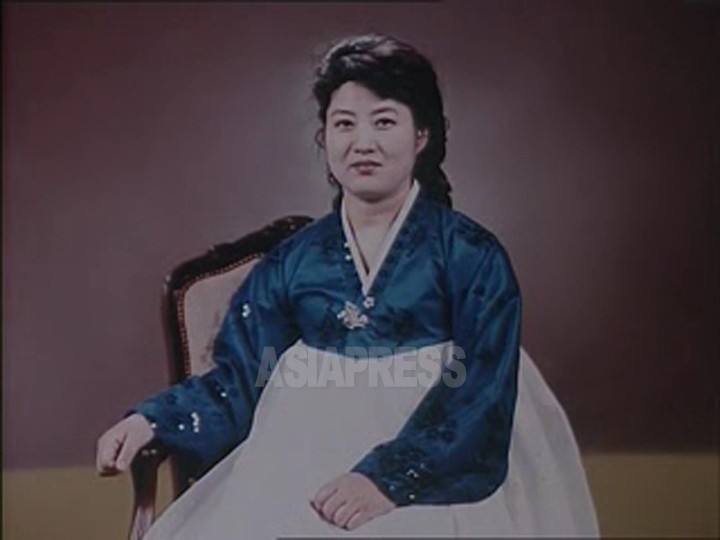 A portrait of Ko Young-hui in the documentary film "Great mother of military-first Korea." A documentary film produced by the North Korean authorities on Kim Jong-un's mother, Ko Young-hui, entitled "Great mother of military-first Korea." features Ko's voice as well as video footage and photographs of her activities and an image of Kim Jong-un as a child. On the other hand, Ko's name, age, and hometown are not mentioned throughout the film. In this video, a photo of Ko with Kim Jong-un as a child is shown. In addition, it calls Ko "A respected mother who will create a bright future for military-first Korea," and then follows up with a series of idolatrous stunts. She is repeatedly praised as a "mother of military-first Korea " who takes care of the soldiers' baths and even their toothbrushes. She is also frequently shown with female soldiers, the elderly, and children. She is also shown inspecting the training of the Korean People's Army with the late Kim Jong-il.