When asked about Kim Jong-un’s evaluation to North Koreans, their replies are mostly negatives: “a rookie,” “fearful,” or “living condition became worse.” In addition, they frequently utter a curse on his wife ‘Ri Sol-ju’. Followings are interviews with ordinary North Koreans. (Kang Ji-won, Defector Reporter) 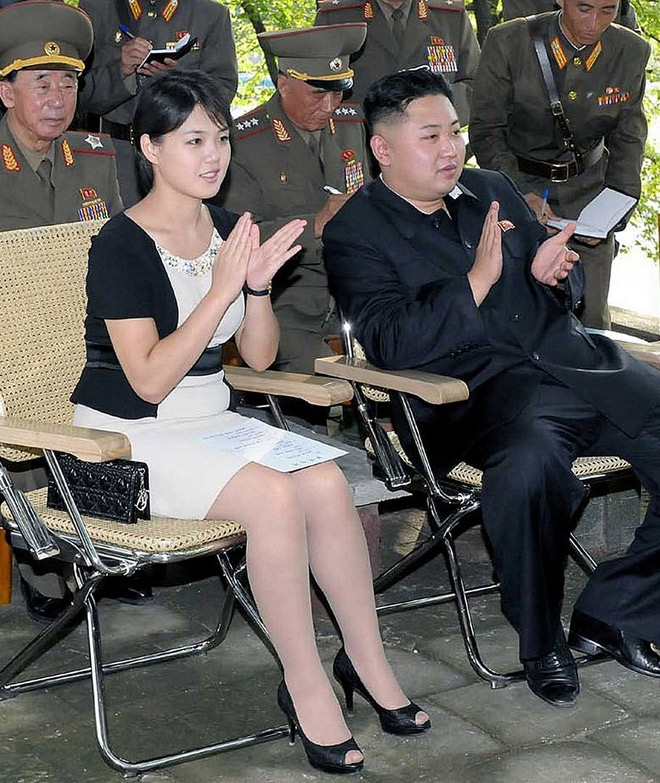 “We called her ‘Respected comrade Ri Sol-ju’ when she appeared at first. But we started to curse her. Why should we respect that girl who has done nothing? Or, why is she carrying a bag for money? Is she trying to give away money?”
This is saying by a male laborer in Yanggang province. His comment implies disdaining for the first lady being too inexperienced and young

It is known that Ri Sol-ju was born in May 1989 according to the information from the Korean authorities. If correct, she is 26 years old. She participated in the Asia Running Championship held at Incheon, Korea on September 2005 as a member of the cheer group (it is known as the cheer group of the beauties). She joined the Galaxy Orchestra of North Korea as a singer, which means she is from the entertainment world.

More evaluation on her continues. 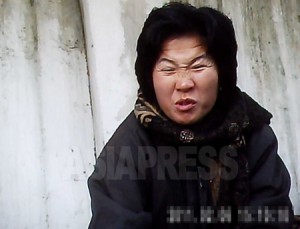 Living condition of local residents are getting worse and complaining voices are getting louder since the inauguration of the Kim Jong-un’s regime. At north Pyongan province on February 2011 taken by Kim Dong-cheol (ASIAPRESS)

It is interesting to see the response of the people toward the bag for money. While Ri Sol-ju is holding a black handbag, people figuratively compare it to a second bag of female vendor, used to keep money at the marketplace. It is not usual until now to see young female carrying a handbag in Pyongyang, not to speak of local towns.

She recently seems to have become calm compared to what she appeared be as frivolous, when she first appeared young. But I don’t believe she knows anything about the condition of the bottom, as indicated through her behavior (at spot inspection, etc.) (A male laborer in north Hamkyung province)

Facebook Twitter はてブ Pocket Feedly
RECOMMENDATIONS
Massive "Censorship Unit" Dispatched to Border Town - Presumably To Prevent Escapes Related to the Jang Song-taek Purge
2014/January/09 Written by PAEK Chang-ryong, a defector reporter. Tens...
＜Inside N. Korea＞ Signs of Starvation: Farmers Forced to Survive off of Potatoes as Regime’s Unreasonable Quotas Leave Them with Nothing
There are signs of starvation in rural areas in North Korea. Designate...
＜Inside N. Korea＞ Memory Fades: 7 years after his death, N. Korea scales back Kim Jong-il commemorations
◆ Purposely evoking the image of Kim Jong-il December 17th marked the ...
＜Latest Report on N.Korea＞People Trapped Behind Barbed Wire (4 Photos)
In late July ASIAPRESS reporter recently visited the Yalu River on th...
[Video Report] What do the ordinary people eat in N.Korea? There are many types of food sold at hawker stalls. (Hawker stalls are individually owned food stalls)
What kind of food is available at hawker stalls in North Korea? In Jun...
Hyperinflation and Worsening Food Supplies to The Troops
Rimjin-gang - Periodic Report 2011-Feb-09 I am the chief editor publi...