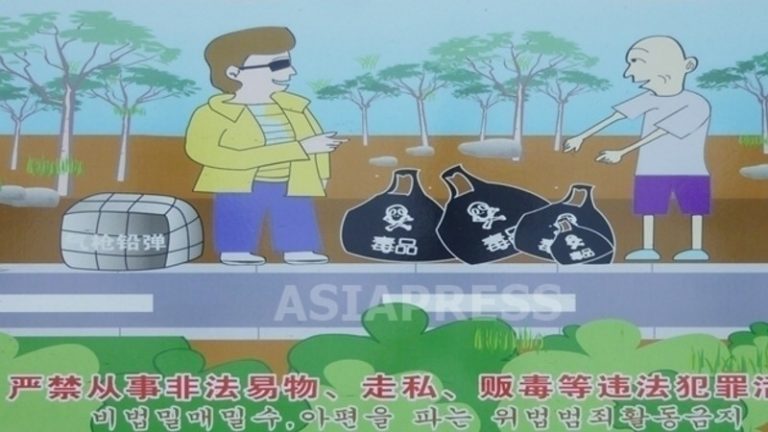 In North Korea, the rampant use of stimulant drugs is a serious problem. Though the Kim Jong-un regime has reportedly clamped down on drug crimes, stimulants are being used even more widely. In October, news spread that students of a secondary school (equivalent to high school in South Korea) had been arrested for using stimulants on campus.

According to a reporting partner from Hyesan City in northern Ryanggang Province, police arrested 5 students for using and distributing stimulants on the campus of Shinheung Secondary School. Parents of the students were said to have been called into the police office and placed under investigation as well.

The reporting partner explained, “Shinheung Secondary School is known for being attended by the children of government officials and donju (North Korea’s newly-rich class). The problem is that the children are either exposed to drugs through their parents or are being pressured by their friends to use the drugs. Recently, the trend is for students to only consider themselves and each other as adults if they use ice (a slang term for crystal meth). Some young people are addicted to it and some are even engaged in trafficking the drugs.”

According to the reporting partner, the market price of the stimulant is 120 RMB (about 17 USD) per gram.
Next page :How did stimulants become so prevalent?...