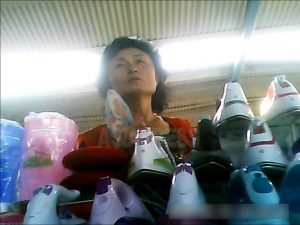 A woman is selling Chinese made irons, taken by Mindulle (ASIAPRESS) in Hyesan City of Yanggang Province in August 2013

It is obvious that North Korea is economically dependent on China. Almost ninety percent of North Korea’s trade takes place across the Sino-Korean border. In particular, medical and consumer electronic goods, groceries and fruits from China dominate the markets in North Korea.

“The market can’t exist without Chinese products. [If Chinese products disappeared] every trading company earning foreign currency would go bankrupt. If China shut down the customs’ office, we wouldn’t be able to export our seafood products to them. It is clear that North Korea can’t survive if the relationship between the two countries collapses,”
[Video Report] ‘Doegurikun’ the urban poor who delivers grains from farms to market 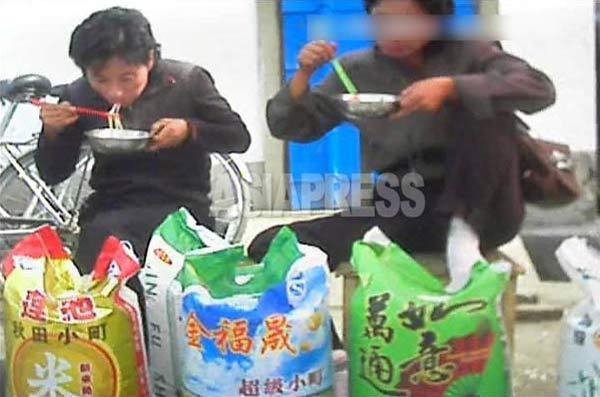 Large volumes of Chinese rice is sold along with North Korean rice. Vendorsreply in Chinese currency when asked the price of the rice. Taken in October 2013 by ASIAPRESS. 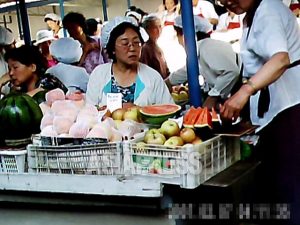 Fruit with a good price and high quality is imported from China in large volume. Taken by Koo Gwang-ho in Moran market, Pyongyang. July 2011. (ASIAPRESS) 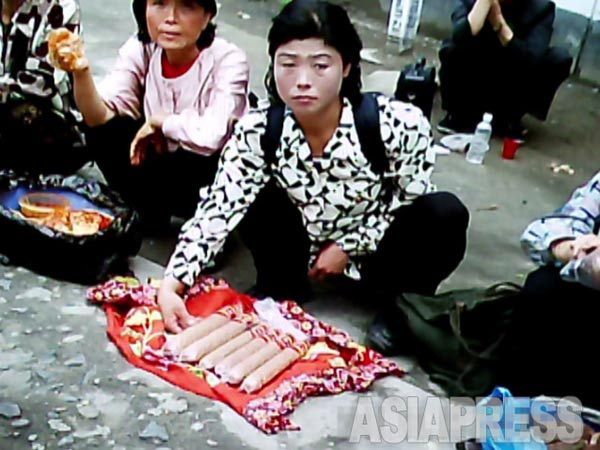 A woman is selling sausages from China in front of an apartment in central Pyongyang. Taken by Koo Gwang-ho in Moran District in July 2011 (ASIAPRESS)