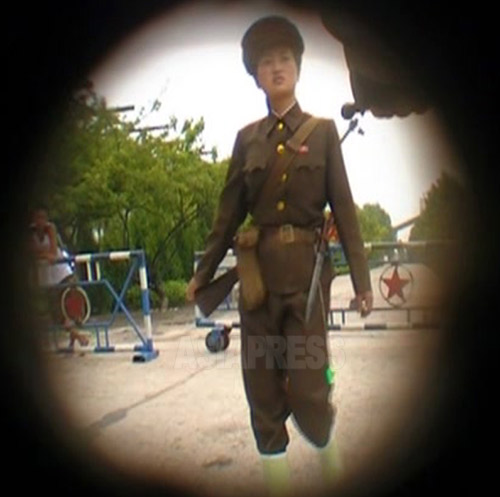 In South Pyongan Province, a female security officer is working at a military facility inside a large-scale factory. She carries a gun with a bayonet. She may be a member of the “Worker-Peasant Red Guards” since she does not have a military arm-band. August 2009, taken by Kim Dong-cheol (ASIARESS)

In late 2011 a female North Korean defector in China regrettably said, “From the bottom of my heart, I regret sending my daughter to the military.”

The woman ended up defecting to China after being involved in a political issue in North Korea.  In China she came across a news program produced by KBS–a South Korean national public broadcaster–that was doing a feature on Kim Jong-il.

“I was disappointed to hear his history of love affairs.  He is not a great leader, he is just a pervert, and serving in the military–that is loyal to him–for six years is just a wait of time.  I should have bribed officials in order to let my daughter avoid the draft and study business instead.”

Since she had to flee into China she has lost all contact with her daughter and is constantly worried about her. “My concerns are malnutrition and sexual offense.” She began, “Male military officers sometimes molest and even rape female soldiers.  I know some women even became pregnant…”
Related article: Female Soldiers in Miserable Conditions: Seven Years of Military Service Starting at 17 Years Old.

Sex offenders are severely punished in the Korean People's Army, however for more than ten years there has been an increasing moral decline within the ranks of military officers and soldiers.  They take advantage of the female soldiers’ food insecurities, asking them for sexual favors in exchange for food. Our reporting partners inside North Korea have reported that the number of sexual harassment cases in the military are increasing.

Since I have lost touch with her, I do not know whether she was able to reconnect again with her daughter. 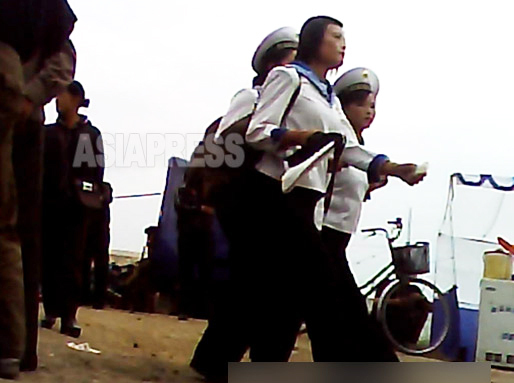 Three female sailors are wearing sailor suits. They are walking in Chongjin City where there is a naval base. September 2013, taken by ASIAPRESS. 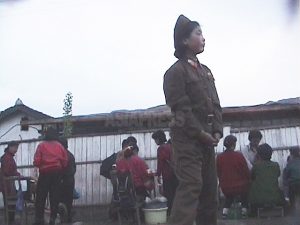 A female soldier wearing a shabby military uniform is walking around hawker stalls near a market. April 2004, in North Hamkyung Province. Taken by Ahn Chol (ASIAPRESS) 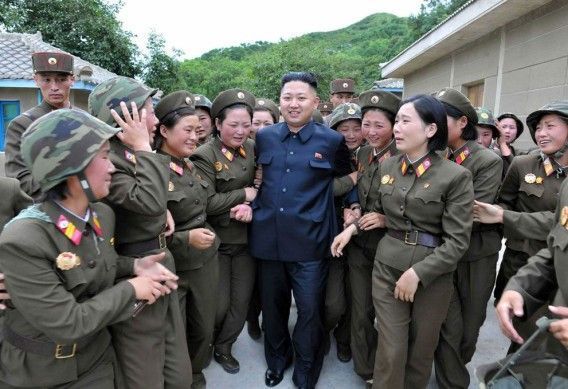 A propaganda picture posted on state-owned media. Kim Jong-un visits an all female troop of the military and the female soldiers “passionately welcome” him. Ki Jong-un’s facial expression shows awkwardness. Quoted from “Rodong Sinmun,” a propaganda outlet of North Korea on August 2012