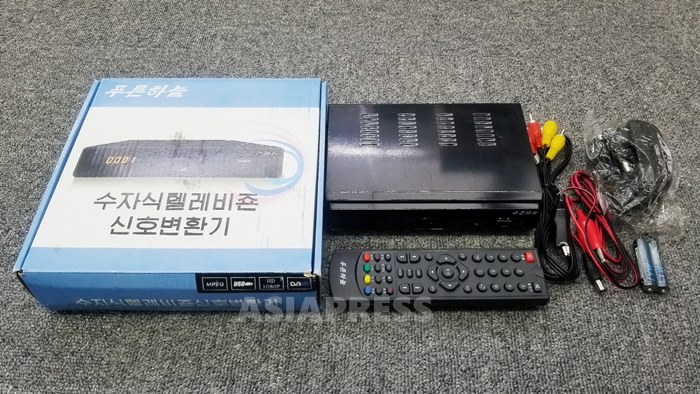 The “Blue Sky” device. It is a simple machine and is only about 20 centimeters wide. Photograph taken by ASIAPRESS

The Kim Jong-un regime has long waged a crackdown on foreign media being smuggled into the country from China. Since the mid-2000’s, illegal copies of South Korean movies and dramas have been tremendously popular in North Korean markets.

In recent years, young North Koreans have begun imitating not only South Korean fashion but the “Seoul dialect” as well. Through watching the videos, North Koreans also began to compare their country’s decades-old authoritarian politics and failing economy with the free and affluent South Korean society depicted on their screens. In fact, South Korean dramas have been a major reason behind public sentiment movingsteadily in favor of the South.

The North Korean authorities are naturally eager to prevent the further spread of foreign media. Indeed, VCD (video CD) and DVD dealers and copiers have been caught up in the resulting crackdown and punished severely. Though they were not political prisoners, DVD dealers were treated as felons and punished as such. This led some to defect to South Korea or Japan for fear of arrest.

Another strategy the regime implemented towards ending the spread of foreign media was to diversify and improve upon its own state media. By digitizing and introducing multiple TV network channels, the regime hoped to stymy the people’s “temptation of curiosity” regarding foreign culture. 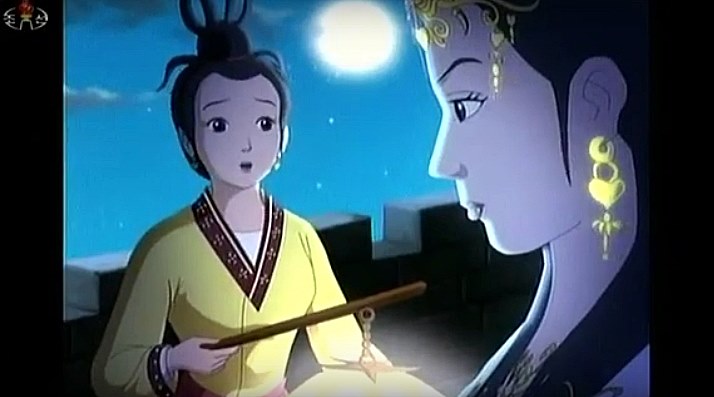 A scene from the North Korean animation, “The Young Warriors of Goguryeo.” Originally broadcast by North Korea’s Chosun Central Television

It was bought by a North Korean reporting partner at the end of 2019 and secretly smuggled over to China, before being flown to Japan via South Korea. Printed with the word ‘su-jib,’ meaning ‘digital’, it is a digital tuner for watching multiple television channels.

Except for residents of Pyongyang and Kaesong, the closest residential area to the DMZ, there used to only be one TV channel available to North Koreans, “Chosun Central TV.” Aside from this programming, residents of Pyongyang could enjoy films produced in the Soviet Union and Eastern Europe on the weekends, broadcast by “Mansudae TV.” Residents of both Pyongyang and Kaesong, meanwhile, could watch broadcasts of “Kaesong TV,” with programming characterized by an awareness of South Korea and strong propagandistic elements.

In North Korea, digital broadcasting began on a trial basis in 2012 and, at the end of 2017, the nation went one step further, switching to digital HD broadcasting. It was around this time that multiple channels were introduced. These days, there are 4 channels available throughout the country.
Next page :◆ “Nobody watches the news”...