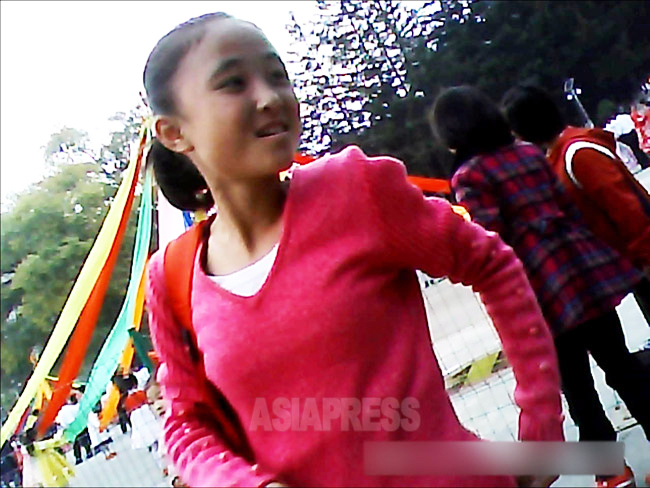 In late January, six high school boys and girls in Hyesan City, Yanggang Province were caught and questioned by the police for engaging in indecent sexual acts while watching pornographic videos, according to a reporting partner in Hyesan City.

The students were reported to be in the sixth year and expected to graduate this spring from Songhu Middle School and Wiyon Middle School in Hyesan City. Middle school in North Korea lasts for six years, and the sixth year in a North Korean middle school is the equivalent of the third year in a South Korean high school. It appears that the police investigation on how the students came to engage in sexual acts and acquire the videos is still ongoing.

The reporting partner explained as follows.
"The students were caught watching pornographic videos brought in from China. Recently, videos made in North Korea have been circulating as well. Most of them were recorded using hidden cameras installed in lodging facilities, and security officials are stepping up crackdowns."

In North Korea, South Korean and Chinese dramas and pornographic videos have continued to flow in through China since the early 2000s, and they have been copied, sold, and widely distributed. In particular, South Korean dramas are popular among ordinary people and high-ranking officials, and they have become one of the reasons for the sharp increase in residents who express their admiration for South Korea. Pornographic videos have also been secretly distributed among the wealthy class.

The authorities felt a sense of crisis with the inflow and spread of outside information, and have strengthened crackdowns on 'indecent video recordings' of foreign origin. In recent years, punishments have become severe, as people are subject to imprisonment for simply watching such videos. However, considering the fact that a group of middle school students, who are minors, were able to obtain these videos, the authorities seem to have trouble maintaining total control over the people.

In this incident, punishment was extended to the students’ teachers. According to the reporting partner, on January 26, a meeting was convened for teachers and principals of all elementary and middle schools in Hyesan City, where the teachers and the principal of the school to which the students in question belong were criticized. (Kang Ji-won)