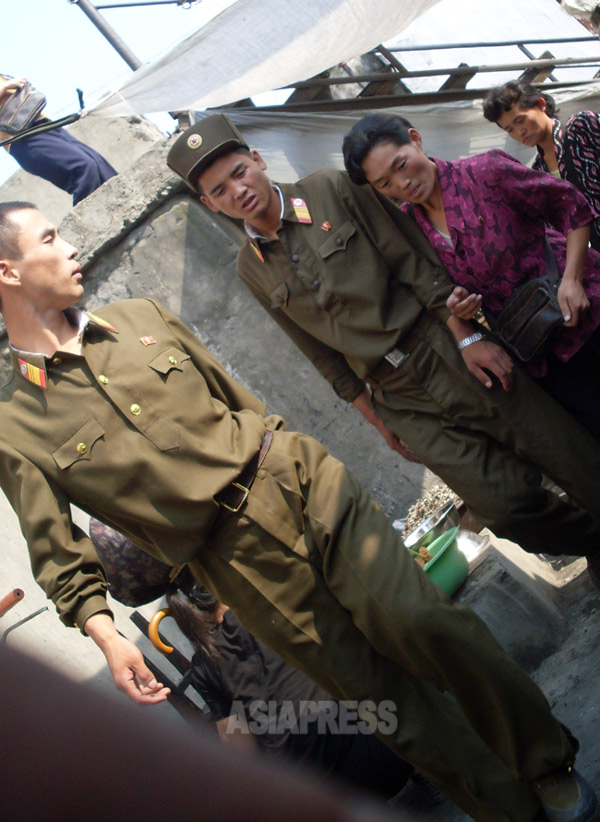 North Korean authorities are increasing their measures against coronavirus even further. It has been reported from all over the country that tough measures such as quarantines and blockades have been strictly implemented in November in response to cases with even mild symptoms such as fever or cough.

The military is especially tightly controlled. Since February, when coronavirus became prevalent in China, soldiers have been banned from going on holiday or contacting civilians, and police officers have taken measures to monitor soldiers' behavior by patrolling the streets.

However, in early summer, when working outside bases, such as on the military paddy fields and on flood recovery projects, military personnel violated protocol by contacting civilians to ask for food or buy alcohol and cigarettes. This was an inevitable product of the poor diet afforded to military units.

In November, the enforcement of restrictions on military soldiers and civilians got stricter.

All soldiers are prohibited from leaving base and contact with civilians is strictly prohibited. A reporting partner from Ryanggang Province said it was no longer possible to see soldiers around the city except for those working.

Because they live in a confined space, military units are an environment prone to mass coronavirus infections. It seems that the authorities are trying to minimize contact between soldiers and civilians ahead of winter when ventilation of living quarters is at its worst.
NextPage: ◆Soldiers can't even go to the farm to...