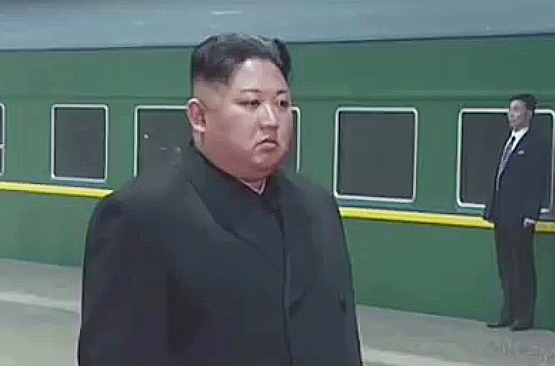 ◆ “Do not compromise with the U.S.” - is public opinion threatening the regime’s authority?

After the breakdown of the U.S.-North Korea denuclearization talks in Hanoi in late February, a mood of disappointment spread among North Korean citizens who had been expecting for sanctions to be lifted.

Many of these citizens criticized President Trump, accusing him of being a ‘liar’ and a ‘fraud’, while others complained about their own government, disappointed at the regime’s failure to strike a deal.

After Kim Jong-un returned from Hanoi, the regime reiterated its criticisms of the U.S., airing its grievances at political rallies attended by all members of social organizations, businesses, and the general public. In April, however, reporting partners told ASIAPRESS that senior officials were making efforts to quell the rising tide of anti-american sentiment.

A reporting partner living in Chongjin City, North Hamkyung Province, invited local government officials over for a meal to have the opportunity to hear their perspective.

The reporting partner summarized some of the night’s conversation, relating the following:

Speaking on the U.S. demand to denuclearize, lower-level officials were in opposition to compromise, making hard-line remarks such as: “Abandoning our nuclear program is equivalent to surrendering to the United States,” “If they say we must give up our nukes, then the U.S. should give up their nukes at the same time as well,” “Those Americans can’t be trusted,” etc.

Said the reporting partner, “Criticism of the U.S. by ordinary citizens has already faded away but government officials, on the other hand, are still making these type of harsh anti-american remarks.”

The most senior official at the table, however, seemed to have a different attitude, saying, “Whether we continue negotiating with the Americans or go to war with them, General Kim Jong-un will surely emerge victorious.” Continuing, the official said, “Rather, we have been trying to curb lower-ranking officers from speaking ill of the United States.”

Next page : State media also refrains from denouncing the U.S.…