Compassionate voices for Jang Song-taek and criticism towards Kim Jong-un rises among the North Korean people.
The purge and execution of Jang Song-taek, number two in the North Korean chain of command, had an marked impact on the world. It has become clear, as the dust has settled, that there were a number of critical power struggles taking place at the core of the North Korean state, out of sight from the outside world. It was also reaffirmed that North Korea is a state that ruthlessly employs capital punishment in the name of "struggling against counter-revolution". Furthermore, people realized through the purge that the budding young leader, Kim Jong-un, is a man who has no qualms about dishing out unmerciful retribution to his enemies, with no exception made for family.

To investigate the extent of the purge's impact and the execution of Jang Song-taek, ASIAPRESS North Korea Reporting Team made all efforts possible to collect information through phone conversations with our reporters and reporting partners inside North Korea. From early December 2013 until the middle of February this year, more than forty such exchanges have taken place with partners on the ground in North Korea. The phone we use is a Chinese carrier mobile phone that we smuggled into various locations within North Korea. These phones function near the Chinese border area. 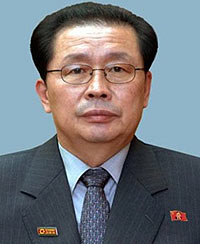 The sudden purge of Jang Song-taek, former Vice Chairman of the National Defense Commission and number two in the state hierarchy, has rattled the country. The liquidation of Jang's affiliates continues.

Included in the information we have received, there were some chilling accounts. Reporting partners explained that acquaintances of Jang's in the military and in the Korean Workers' Party have been executed or simply disappeared on the way to the workplace. Stories are also circulating that some of the relatives of former associates of Jang have also been arrested and declared guilty by association with Jang's circle.

Information disseminated from Pyongyang at the end of last year reported that a ranked official who was associated with Jang committed suicide by jumping from his balcony when his apartment was raided by the State Security Department. It has further been said that this official's family was taken away, although nobody knows their whereabouts.

A high-ranking official of the Party in Hyesan city, Ryanggang Province, who was under continuous surveillance for his relationship with Jang, suddenly disappeared on the way to his workplace in the middle of December. Our reporting partner told us that his family has been devoting all their effort to search for this official, but are yet to find any clues alluding to his whereabouts.

Their distress is compounded by the fact that neither their colleagues at the workplace nor local police officers were supportive, offering them only vague answers as to what might have happened.

According to our reporting partner, in the North Korea's third largest city, Chongjin, North Hamkyung Province, several officers belonging to the fisheries enterprise run by the military unit affiliated to Jang Song-taek have also been executed by firing squad.
It is difficult to verify the information at this point, but it is said that a rocke t grenade was used for their execution instead of a rifle, and the remains of their bodies were incinerated by a flamethrower. This rumor is spreading among the people, adding to the already tense atmosphere.

Soon after the execution of Jang Song-taek, the authorities started frequently organizing meetings at the People's Unit (the lowest administrative neighborhood unit) and in workplaces to disseminate information on the "crimes of Jang and his gang".

"All residents were compelled to write and submit a 'composition of confession'. It is a kind of self-criticism report. We had to describe Jang's crimes and promise that we have been faithfully following the Party's leadership in each of our own activities."
(Our reporting partner in Ryanggang Province)

If a person is recognized to have had a picture taken together with Jang Song-taek, state authorities immediately recall them. Any person considered to have had a relationship with Jang became the subject for intensive interrogation, and obliged to write and submit a report describing everything he or she did with Jang. 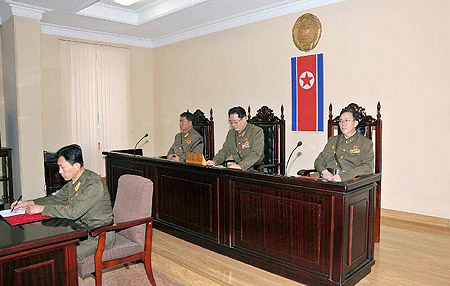 Jang Song-taek was sentenced to death at the special military tribunal of the DPRK Ministry of State Security on 12th December 2013. (PHOTO: Rodong Sinmun;13/Dec/2013)

The state has been meticulous in its efforts to exterminate any vestige of the existence of Jang. Anybody regarded to have been involved in Jang's circle of association was apprehended.
It is beyond our imagination the kind of atmosphere that now pervades North Korean society and causes so many individuals to question their own safety.

Besides feelings of panic, it is useful to ask how North Koreans consider the series of purges and executions. The reporting team put this question to our reporting partners in North Korea and several North Korean businessmen who were temporally staying in China. Each of them were initially reticent to express their true feelings, however, perhaps unexpectedly, the dominant voices were more or less critical of the purge, or compassionate to Jang Song-taek. Most of these criticisms questioned the morals of such widespread punishment.

"I think that the purge was wrong. How could it possibly be ok to kill your own uncle? Even if Jang had committed a crime, it was not necessary to execute him." <*NOTE; Jang Song-taek is a husband of Kim Jong-il's younger sister, Kim Kyong-hui>
(An administrative officer at Ryanggang Province)

"Everybody now says that Comrade Kim Jong-un is truly a merciless and frightening man. Perhaps he is also responsible for his aunt, Comrade Kim Kyong-hui."
(A farming officer in North Hamkyung Province)

"There are many people who think this purge was not right. Even if Jang's group had planned a 'political conspiracy' as the authorities believe, it might have been good for us if it had been successful and our living conditions had improved. People say, in private, that if our current situation gets better, what's wrong with imposing capitalism."
(A worker in Ryanggang Province)

"Those who lack any commonsense take what the authorities say as true, and believe that because of Jang our life became tougher. But actually a considerable number of people have a sharper perception and realize that Jang was killed because he tried to advance the country through policies that would have opened things up. "
(A housewife in Ryanggang Province)

It is true that he has been leading economic projects with China, however, it is doubtful whether he really was a 'reformist', pursuing change and opening-up North Korea. It seems that Jang is enjoying somewhat of a martyr's fate, his reputation improving since his execution. 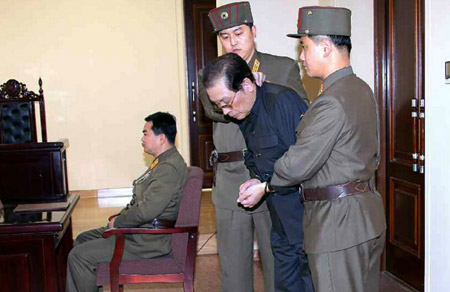 Jang's execution by firing squad was carried out immediately after the tribunal. (PHOTO: Rodong Sinmun;13/Dec/2013)

The effects of the purge continue into the New Year. According to our reporting partner, who works as an administrative public servant in North Korea, around 3,000 people regarded as being within Jang's inner circles have been expelled to the mountainous region of Ryanggang Province from all over the country, including Pyongyang. This has been ongoing throughout the winter months. One of the regions to which these suspected co-conspirators are exiled is Paegam County, a highland farming area, the main products of which are potatoes. Most of the residents of this County are exiles punished with political crimes.

After the purge and execution of Jang Song-taek, many North Korean people have become more than a little wary of Kim Jong-un. Meanwhile, the authorities continue to instill a feeling of fear into every sector of society as if to say, "No mercy shall be given to those who do not obey the state".

It might not be too much to say that now the majority of people in North Korea no longer consider Kim Jong-un as a young leader with promise, rather a fear monger with little regards for the well-being of his subjects.
*** Rimjin-gang