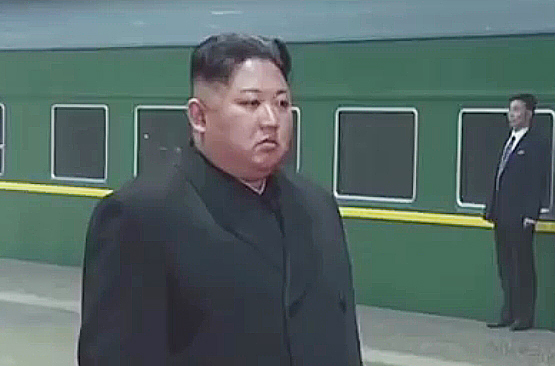 Kim Jong-un, looking very tired, returned from Vietnam early in the morning on March 5. As broadcasted by Chosun Central Television

◆ Still, nothing explained to citizens

Since negotiations for denuclearization broke down at the Hanoi summit in February, there has been a rising consensus among North Koreans that President Trump is the one responsible for the summit’s collapse.

On March 11, a reporting partner living in a city of North Hamkyung Province explained the current atmosphere in North Korea, saying “‘It is Trump who has failed to keep his promise. When the president came, we showed our sincerity but the U.S. never intended to do anything. Trump has never shown any political skill and is yet to properly organize his administration. He’s pathetic.’ These are the type of rumors that are spreading.”

On March 12, another reporting partner, living in Yanggang Province, described how the same things were being said in their region.

After talks at the Hanoi summit broke down, Kim Jong-un returned to North Korea on March 5. On March 10, the country held elections for representatives to the Supreme People’s Assembly.

Next page : According to various reporting partners, though more than 10 days had passed since the Hanoi summit…