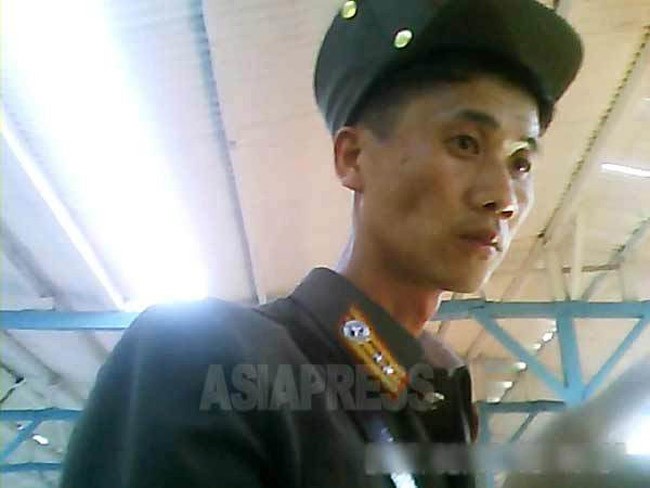 In late April, orders reportedly came down through the Ministry of the People’s Armed Forces (equivalent to South Korea’s Ministry of National Defense) for soldiers to no longer be allowed the use of private mobile phones, with their belongings to be inspected thoroughly by military police. (Kang Ji-won)

As soldiers are banned from using private mobile phones, they must instead apply for permission to call family members at official telephone stations, following strict procedures the military put in place for fear of leaks.

In reality, however, it is common for officers to have mobile phones and even make calls from inside the base. In addition, a growing number of rank-and-file soldiers secretly possess mobile phones of their own.

Behind this is the rapid spread of mobile phones across the country. North Korea’s mobile communications project, launched in December 2008, grew its subscriber base to more than 5 million in the space of just a decade.

A reporting partner with insider knowledge of the military said, “In recent years, not only commanding officers, but also political officers, in charge of giving the Party’s ideological guidance to units, have been secretly using mobile phones registered under the names of their wives and relatives. The Defense Security Command (political police organization of the military) has been investigating and cataloguing the phone numbers of officers’ family members, so it seems that this new order bans officers’ families from owning phones as well.”
Next page : Rank-and-file soldiers hide so as to call their parents...