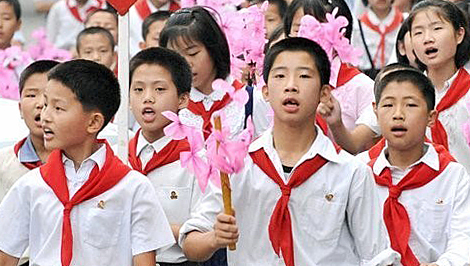 A tragic accident has occurred in North Korea.

At the end of November, three junior high school boys drowned in a pond in Hyesan City, Ryanggang Province, in the northern region of North Korea. Our reporting partner, who lives in Hyesan City, reported the incident on December 3.

The incident occurred at a reservoir located on the Hyesan Pottery Factory in Wiyon-dong.

The three boys were visiting their father, who worked at the factory, and were playing on an icy reservoir, when the ice suddenly broke and they drowned. The factory had earlier dug the reservoir to store water because the factory’s pumps were no longer working.

"Parents who received the news went to the factory and protested, crying and screaming, but the factory refused to admit responsibility, saying 'it was the children's fault for entering.' Only after the accident were signs and ropes put up to prohibit entry, so residents were angry that it was done too late, after the deaths."

Since Hyesan City has designated both May and November as accident prevention months for workplaces, the head of the earthenware factory and others have been called in by the safety bureau (police) to be investigated.

"Probably those in charge won't be punished at all, and they won't offer any compensation; they will just give some food to the parents and be done with it."

This was the prediction of our reporting partner, who referred to this as "standard procedure" in the event of such accidents.

Compulsory education in North Korea lasts 12 years and includes: one year of kindergarten, five years of elementary school, three years of middle school, and three years of high school. The ages of the deceased students are unknown (Kang Ji-won).