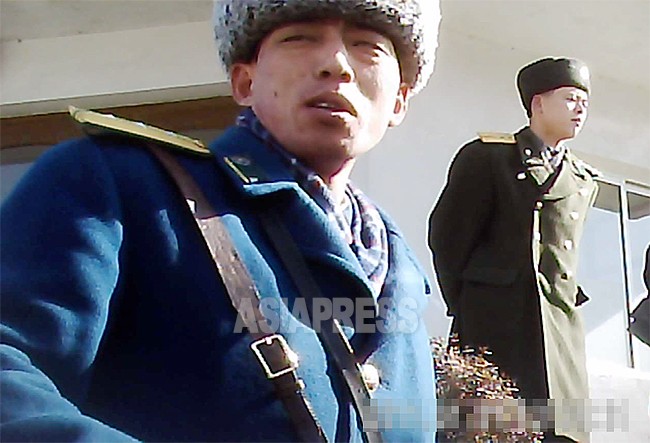 In North Korea, there are strong indications that "word hunting" is back. Called "Mal-Pandong" with "Mal" meaning "word" and "Pandong" meaning "reaction,” the practice of “word hunting” refers to the punishment of citizens for speaking out of turn. In addition to punishment due to  criticism and ridicule of the supreme leader and the Kim family, there have been several cases in which people have been prosecuted simply for expressing dissatisfaction with their difficult living conditions or for speaking out against officials and policies. This trend has made residents nervous (Kang Ji-won / ISHIMARU Jiro).

"We're finally being punished with 'Mal-Pandong.' People who openly complained about the authorities' crackdown or their own difficult living conditions, envied foreign countries or spread falsehoods are being dragged away without mercy. The old people around me even say that 'the world is heading in the opposite direction again.'"

Our reporting partner, who lives in North Hamkyung Province, reported this in early December.

◆ What is word hunting?

"Mal-Pandong" was a standard control method in North Korea until the early 1990s. Spoken actions that brought punishment included: criticism and ridicule against Kim Il Sung and Kim Jong Il, praise of South Korea, criticism of socialism, dissemination of outside information, opposition to policies, and complaints about the difficult living conditions.

However, as the economy collapsed and the food rationing system was paralyzed, not only ordinary people but also cadres, security personnel (secret police), and police officers who were in charge of policing the situation could no longer make ends meet, causing "word hunting" to fade away.

Since then, it has been rare for ordinary people to be strongly punished for their words, except in cases of criticism of the supreme leader, praise of South Korea, or other issues that regard the very foundations of the regime. Punishment, meanwhile, has generally been limited to cautions and ‘guidance’.

◆ Complaints and protests erupt due to impoverishment

Economic conditions have deteriorated dramatically since the Kim Jong-un regime implemented extreme coronavirus quarantine measures in 2020. While the residents were struggling to make ends meet, the authorities prioritized maintaining order and strongly regulated individual economic activities, cracking down on workplace absences, unauthorized business activities, and the use of foreign currency. As a result, dissatisfaction among residents has grown.

"Until last year, it was common to hear old ladies doing business in the vicinity of the market cursing the officials in response to the crackdown, as well as residents criticizing officials, saying that 'we can't afford to eat because the officials are bad' and that 'no measures are being taken.' In many cases, when officials confiscated the goods of vendors in the alleys, the people around would join in protest and attack them."

This is how a reporting partner described the previous situation. However, it is said that such phenomena are rarely seen anymore.

"As there were a lot of blatant criticisms of government policy, the ''word hunt'' started in September. There is now even a rumour that people will be sent to prison camps depending on what they say."

According to several reporting partners, at a meeting of women's organizations under the Labor Party, labour organizations, youth leagues, and workplaces held in early December, the intensification of the "Mal-Pandong" crackdown was announced as follows:

◆ Banished for just saying, "I want to go to South Korea."

Our reporting partner was shocked by one recent incident in particular.

"In the neighbourhood of [redacted], in front of a group of acquaintances gathered at a house, a person said, 'It's tough to live here, I want to go to South Korea.' This was reported and he was later taken to the security department. He was interrogated for days and will probably be banished eventually."
※ Banishment forces people to move from cities to rural areas or remote mountainous regions.

Needless to say, the authorities are anxious to suppress the residents' grievances, whose lives are becoming increasingly difficult.