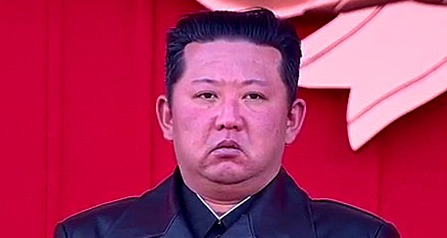 On the 10th anniversary since the sudden death of Kim Jong-il on December 17, mourning events were held in Pyongyang, the capital of North Korea, as well as all over the country. Recently, it was announced that the mourning period will continue until early January next year- a move which is unusual even for North Korea. Strict restrictions will continue on weddings, funerals, and entertainment, according to a reporting partner, who lives in the northern part of the country, who spoke to us on December 19 (Kang Ji-won).

◆ Young people are targets for control

The policy of extending the mourning period was announced to residents through women's organizations, youth organizations, and workplaces affiliated with the Workers' Party. Our reporting partners have reported to us a range of specific internal developments as detailed below, including instructions to refrain from games, entertainment, weddings and funerals until the beginning of January.

“On 18th (the previous day), we were instructed to watch the Central Mourning Conference on TV. At a meeting of the Women's League, a senior official said, 'During the mourning period, reflect on your loyalty to General Kim Jong Il and strive to be loyal and faithful to the Party.'"

The Youth League is said to be under particularly tight control, as it has been ordered to take the initiative in creating a mournful mood and participating fully in cleaning and guarding the revolutionary history research centers, historical sites, and statues of Kim Il-sung and Kim Jong-il across the country. For these tasks, the youth are said to be mobilized in shifts.

※The official name of the Youth League is the Socialist Patriotic Youth League. It is a mass organization under the Workers' Party that includes high school students, college students, and working youth under 30.

“The government is rigorous in its control over young people. It is said that laughing or making noise outside is considered a serious problem because it disturbs mourning. Even the children are keeping their mouths shut out of fear."

Currently, North Korean society is undergoing a severe crackdown on relaxed discipline, and the atmosphere is said to be filled with fear. People are scared of being caught violating the restriction measures during the mourning period of Kim Jong-il, who was the "supreme dignity" of the country.

The aim of the prolonged mourning period seems to be emphasizing the legitimacy of Kim Jong-un's rule by remembering the influence of Kim Jong-il on the tenth anniversary of his death, as his presence in the country is gradually fading.

＜Related Article＞
Facebook Twitter はてブ Pocket Feedly
RECOMMENDATIONS
N.Korea IT Report - PART1: Kids Master Emoticons and Movies with Mobile phones
2015/July/19 Written by LEE Jin-su, Editor; Rimjin-gang The number of ...
＜PHOTO REPORT＞Sino - N.Korea Border: ［PART3］Tensions High In The Border City As A Special Team is Dispatched For Crackdowns
2014/April/20 (This report first appeared in the Korean and Japanese e...
＜Inside N. Korea＞ COVID Confession: Local Authorities Notify Public of Rising Coronavirus Cases in 3 Regions, Including Pyongsong and Sariwon
North Korean authorities are reportedly informing residents for the fi...
＜Inside N.Korea＞ Gasoline Price Plummets! Why?
ASIAPRESS has kept on surveying major comsumer prices of North Korea....
＜Interview with a North Korean Woman (1) ＞ Why the COVID Situation is Causing a Surge in “Black-Market Abortions”
The plight of North Korean residents is worsening. In order to block t...
＜Inside N.Korea＞ Harsh Crackdown on Use of RMB at Open Market
A reporting partner in northern part of North Korea reported that the...