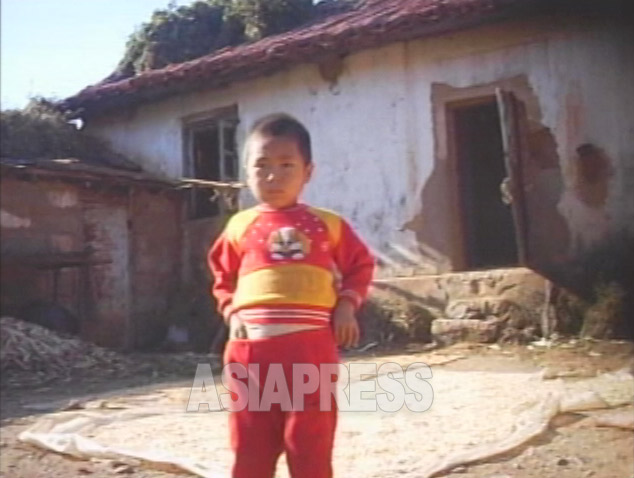 (Reference Photo) Old, weak houses are common in the rural areas of North Korea. Houses in these areas were heavily damaged by the shock of the nuclear test. Taken at Sariwon City in October 2007.

A strong earthquake, the result of the North Korean nuclear test on September 3, caused extensive damage to the northern border area of North Korea: residents’ homes were damaged and buildings collapsed. (Kang Ji-won)

On September 6, reporting partner in Hoeryong City of North Hamkyung Province reported on developments following North Korea’s most recent nuclear test: “I thought it was an earthquake because of the shaking. Residents of some of the shabbier houses couldn’t go home because of the risk of collapse. It was worse for people in apartments, kitchenware was strewn all over the place. I was terrified. I thought a war had started. 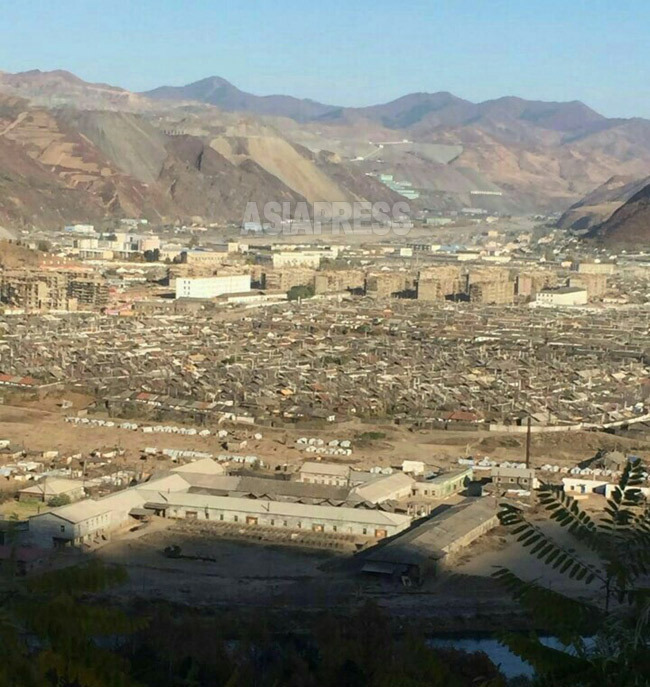 Musan County was damaged by the earthquake that resulted from the nuclear test. Taken from the Chinese side in October 2016 (ASIAPRESS)

Another reporting partner in Musan County, in North Hamkyung Province explained: “I was so frightened by the terrible shaking. I thought it was an earthquake. But, I later found out that there had been a nuclear test from the news.

The affected area, Hoeryong City and Musan County, are 149km and 115km respectively, from the testing site, Poonggye-Ri.

It is said that the earthquake that resulted caused great damage to local housing: buildings collapsed and houses were fractured.

Our Hoeryong City reporting partner explained: The earthquake badly damaged the weaker rural homes. Several old houses collapsed in XX village. The walls of an apartment under construction toppled over and a warehouse collapsed. I don’t know whether there were any casualties, that’s something we’ll find out later.

ASIAPRESS reporting partner further commented on the response of local authorities, saying “The plaster came away from the walls in our house and a large mirror fell off the wall, almost injuring our children. I was having lunch and immediately fled from the house with the spoon still in my hand. People assembled out in the street and were frustrated to hear the reason for the earthquake. They should have given us notice (of the nuclear test). If something really bad happens, what are we supposed to do? They (the authorities) seem to care very little about these things.” 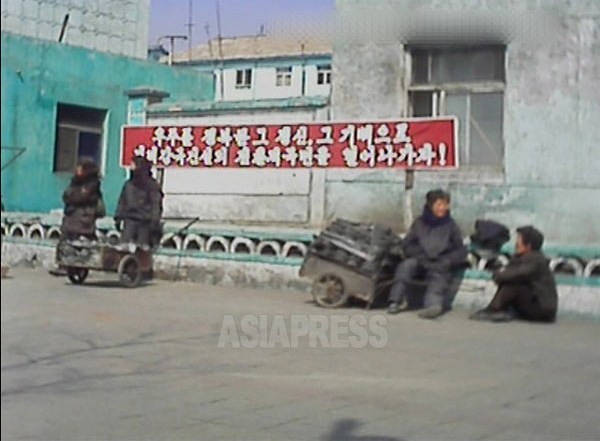 A Slogan, saying “Advance toward the construction of a powerful and great nation with the energy and spirit of conquering the universe.” Taken at Pyongsung City in South Pyongan Province in March 2013. (ASIAPRESS)