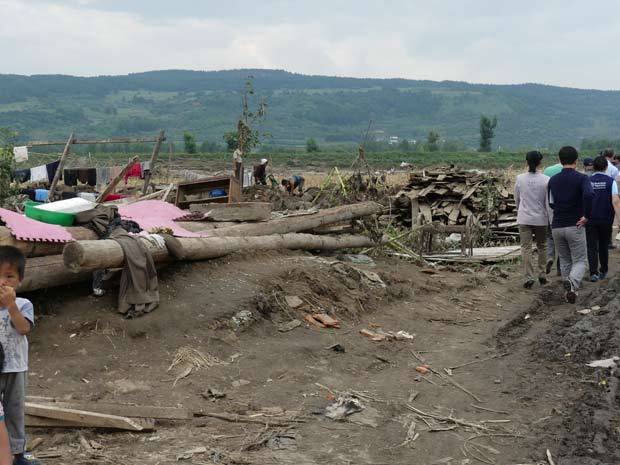 On October 10, a reporting partner in Hoeryong City of North Hamkyung Province reported at the site: “The restoration work is carried out by the people mobilized from all over the country. But the construction work stalls in due to lack of material. Especially, as cement is short, poor quality of cement seems being used for the construction of houses. Although the houses are so poorly built enough to be cracked off when touched, applicants are flooded since there are large number of people who have lost their homes. “Lots of people used live in the shelter right after the flood. As so many people gathered to get the ration, now, the authority had Inminban (Neighbor Watch Group) in other region without flood damage to live together at their members’ houses. The number of people in the shelter decreased” said the reporter. 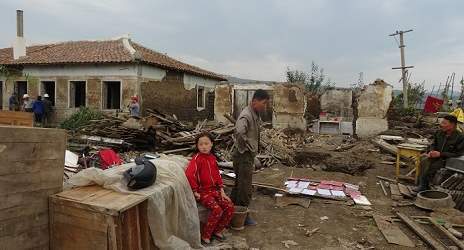