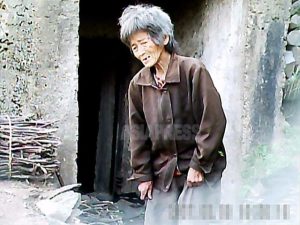 A grandmother and her grandson, after being kicked out by her son-in-law because he couldn’t afford to feed them anymore, lived in an old air raid shelter in a suburb of Pyongyang. She told an ASIAPRESS reporting partner in North Korea, “The state authority would have me detained if I get caught in a city.” June 2011, in a suburb of Pyongyang. Taken by Koo Gwang-ho (ASIAPRESS)

Pyongyang has been the only area in North Korea where people can still manage to get their food rations since the beginning of the 21st century. However, Pyongyang citizens still have to purchase food from a market–like people in other cities without the rationing system–due to the rations being insufficient.
Related article: Abandoned Elderly (PART1) Collapsed Social Welfare System Has Left the Elderly on the Streets

The elderly who can not feed themselves end up depending on their children for care, but the majority of the young people in North Korea cannot afford to provide for their parents and themselves. The elderly, unable to retire, have started working in order to provide money to the household. If they cannot provide money for the house they can be kicked out by their own children, forced into homelessness. (ISHIMARU Jiro) 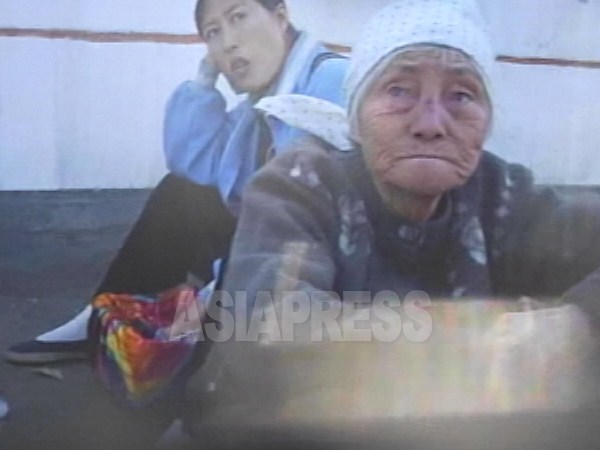 A very old woman is selling food on the side of the road. October 2007, in Rangrang District, Pyongyang. Taken by Lee Joon (ASIAPRESS) 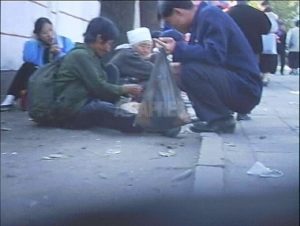 Pictured on the side of the previous picture. Elderly people sitting in line. October 2007, in Rangrang District, Pyongyang. Taken by Lee Joon (ASIAPRESS) 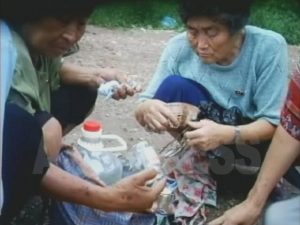 Old women are seen collecting empty glass bottles and plastic bottles. Since recycling is widely practiced in North Korea, the elderly can also earn a small amount of cash from collecting recyclables.