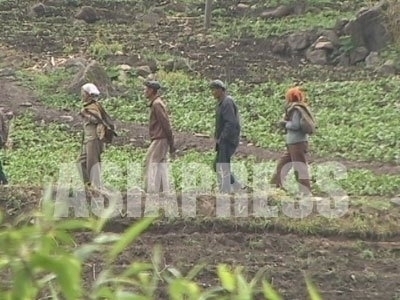 Women collecting the harvest on a cooperative farm. Taken from across the Chinese border in April, 2005 by ISHIMARU Jiro.

In cooperative farming, each plot of land is imposed with a 'planned target' of crops to produce for the country or army. While the farmers are allowed any excess crops, the 'planned targets' are set so high that in the spring of each year, the ‘hungry households' will have eaten all the crops harvested during the previous year and be left with nothing.

Nevertheless, collective farming administrators continue to impose unreasonably high targets on farmers as they are under immense pressure from superiors to achieve yearly targets.

In the Soviet Union, following the Russian Revolution, millions of deaths occurred in the grain fields in places such as Ukraine. This was because crops were confiscated from farmers in order to feed urban residents and to be exported for foreign currency. The farmers were working just to be robbed. It is this same structure that exploits farmers in North Korea to this day. (ISHIMARU Jiro) 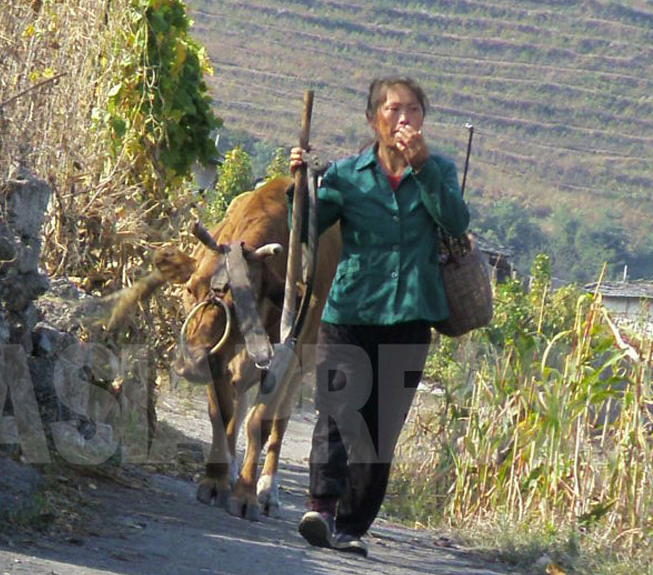 Next page: Women mobilized to collect compost in cold weather...