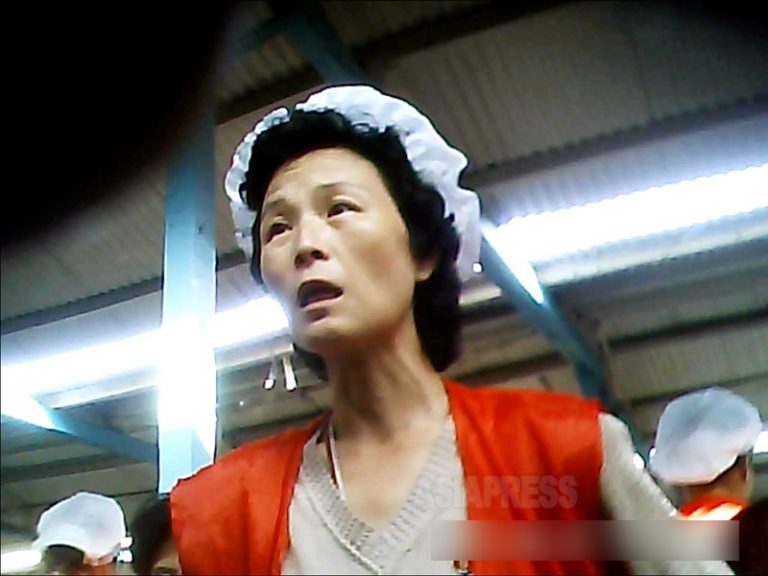 In North Korea, where control is extremely tight, the markets have become a center for information exchange. Photographed are women selling various Chinese-made goods at the market. The photograph was taken by ASIAPRESS in Ryanggang Province in June, 2016

According to multiple reporting partners living in the northern part of North Korea, overseas laborers have been returning to their homes in the region since the end of last year.

Under the UN Security Council’s sanctions, all laborers dispatched overseas had to return to North Korea by December 22.

The authorities are reportedly conducting an inspection of workers upon their return to Korea, even holding them temporarily in solitary confinement. There, it is said that the authorities make laborers promise to not reveal anything about what they saw or heard while abroad.

In the words of a reporting partner, “They tell those who have come back, ‘So that it doesn’t filter into our country, don’t tell anyone how capitalist society works or what is going on in the outside world. Don’t talk about what you have seen, heard, or experienced.’ The laborers are afraid of punishment so they seldom share any stories.”

But the authorities cannot stop people from speaking altogether. As returning laborers quietly share details of their foreign experiences to family members and close friends, information spreads through the markets.
Next page :The reporting partner continued…