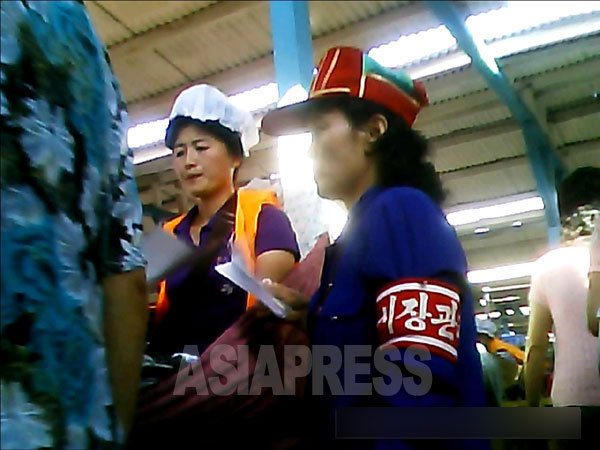 “The North Korean won is plummeting.”

By the following day though, the actual exchange rate had fallen back down to 1,250 won, eventually settling at 1,280 won on January 23, before the Lunar New Year holiday.

※ Towards the end of 2009, the Kim Jong-un regime carried out a “currency reform,” issuing new notes and denominations. The sudden reforms, reduced the won to 1/100th of its previous value, leaving the economy in disarray.

North Korea, which was slapped with strong economic sanctions by the U.N. Security Council in 2017, lost nearly 90% of its exports the following year and was hit hard by the resulting lack of foreign currency. Nevertheless, food prices and exchange rates for US dollars and the RMB remained stable throughout 2018 and 2019. During that time, the exchange rate for RMB stayed roughly at 1,200 North Korean won per yuan.

The stability of prices is often referenced by those in Japan and South Korea who claim that the “economic sanctions have had little effect.” This is not the case, however. The impact of sanctions in Pyongyang as well as in provincial cities has been very significant, as documented by a 2-year investigation conducted by ASIAPRESS and its reporting partners in North Korea.

Among the investigation’s findings are reports of the closures of trade companies, the collapse of apartment prices, the disintegration of the wealthy class in Pyongyang, the shutdowns and production losses at mines, the slumps at markets, the deterioration of living conditions for ordinary citizens, the expanding budget gaps of the army and police, the increased numbers of homeless children, and the rise of prostitution. At the General Assembly of the Workers’ Party Central Committee held late last year, Kim Jong-un described the current situation as a “severe and unprecedented challenge.”

In spite of the conditions, how has the foreign exchange rate remained stable? This was a mystery among experts on North Korea. A South Korean researcher explained it as “dollarization.” The RMB and U.S. dollar are now widely circulated in North Korea as residents lack faith in the national currency- the North Korean won. By shunning the uncredited, local currency, the researcher claimed that prices have remained stable. Other experts give an alternate explanation, arguing that “the North Korean authorities are intervening at illegal foreign exchange markets to stabilize the won.”
Next page :Foreign currency seized at markets...

Next Page： ◆ Foreign currency seized at markets
1 2
Facebook Twitter はてブ Pocket Feedly
RECOMMENDATIONS
＜Inside N. Korea＞ Smuggling appears to restart on the China-North Korea border…Would-be defectors are caught, and trading companies start “state-led smuggling”
In North Korea’s Yanggang Province, people are engaging in smuggling a...
＜Inside N. Korea＞ Using market surveys to understand the economic situation (2)…Food supply chain is in chaos due to COVID-19, with prices skyrocketing more than 10 times for some items
ASIAPRESS conducted detailed market surveys in two cities in the north...
Stimulant Drugs Take Root in the Daily Lives of the N.Korean People (PART2)
2013/October/07 Written by LEE Jin-su<< PREVIOUS (PART 1) Drugs ...
Rimjin-gang (NEWS FROM INSIDE NORTH KOREA) First English Edition Now available on iPad App
Rimjin-gang is unique in that it is based solely on the reports and an...
＜Inside N. Korea＞ Government sets nighttime curfew at 6 PM..."Police arrest anyone who leaves their homes..." Why now?
Starting in November, the Kim Jong-un regime shifted the nighttime cur...
＜Inside N. Korea＞ Cash-Strapped State Releases Prisoners and Reduces Sentences Due to Dwindling Supplies of Food
North Korean authorities are easing their crackdown and punishments by...