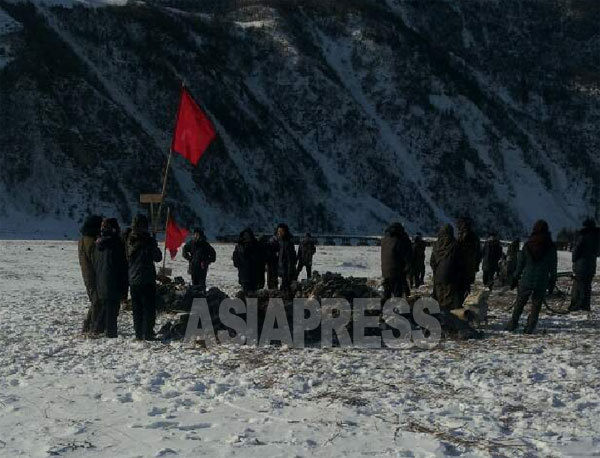 ◆ Officials anxious as carts of human excrement are collected

Following the 8th Korean Workers’ Party Congress that ended in mid-January, meetings are being held across the country to determine how to fulfill the demands set out by the party. Compost production is a top priority, with neighborhood organizations and workplaces mobilized to meet demand. With the atmosphere even more tense than usual, everyone is concentrating on the "compost battle." (Jiwon Kang)

◆ Compost production is a critical challenge

Compost is made in North Korea by mixing ash, soil, human feces, and straw. A “compost battle” is always held at the beginning of each year to reach production targets but, this year, mobilization for production is much more strict. This is because Kim Jong-un gave such an order at the Korean Workers’ Party Congress, the Party’s most important event of the year.

Kim Jong-un emphasized that “the key goal for the agricultural sector is to realize food self-sufficiency” through a national ‘seed revolution’ along with other agricultural-related research, land reclamation, farming mechanization, etc. However, none of these processes can be completed overnight.

The first thing the North Korean regime has to do before planting in the spring is to complete the soil fertilization required for a successful harvest later in the year. These efforts are critical because the economy is paralyzed by the coronavirus crisis, and it is impossible to predict what the future holds.

Next page: ◆ Keeping watch over excrement at public toilets...