Our North Korean partner, a resident of Hoeryong city, North Hamkyung Province, gave us the following information via phone conversation, in early September:
"In regards to the revision of the Ten Great Principles, the authorities are compelling all residents, except students engaged in compulsory education, to write a composition of reflection. It should describe four articles - 'reverence activities', 'organized life', 'governance based on instructions of the late Supreme Leaders', 'revolutionalization of family' and be penned by means of a review of ones own life and daily activities." 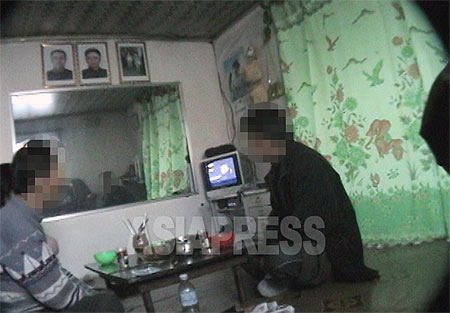 Amongst the four articles of 'a composition of reflection', the 'reverence activities' prescribe the protection and maintenance of portraits and historical sites of the late Leaders. 'Organized life' describes the degree of participation expected of a person in Party activities and neighborhood administrative organs. 'Governance based on instructions of the late Supreme Leaders' is a self-confession of every persons enthusiastic practice of the words from Kim Il-sung and Kim Jong-il.
'Revolutionalization of the family' calls for a review of family life in order to assess how Party instructions and thoughts are adopted. It is also required of each person the supervision of their own family members to keep at bay what the state considers to be negative influences, such as foreign dramas and smuggled DVDs. 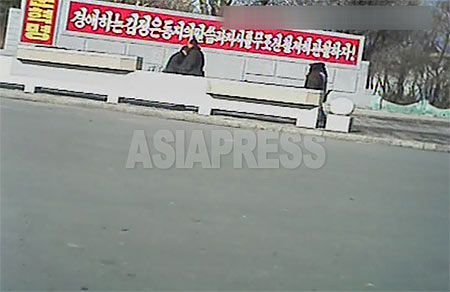 A slogan board on the street reads "Carry out the words and instructions from Dear Comrade Kim Jong-un unconditionally and thoroughly". Compulsary allegiance to Kim Jong-un is being impressed on all sectors of North Korean society. (November 2011. Sinuiju city) ASIAPRESS

In North Korea, all citizens are ta sked to follow and execute state policy through the Party organs, from the top to the local units, without any delay. The composition of reflection is presumed to be a way for the citizens to familiarize themselves with Kim Jong-un's absolute dictatorship and focus again on their allegiances to the state.

However, people's reactions appear lukewarm to this new imperative. Our reporting partner explained that regular people in North Korea are too busy finding a way to earn a living in a time of economical hardship, and many of them are simply copying the model compositions written by others and submitting it to the authorities. When the authorities come across their plagiarized documents, they order the guilty party to rewrite the composition.