The northern border regions of the DPRK have less rice cropping than the country's middle-south region. The majority of people in the northern regions mix corn with rice as their staple diet.

When the price of corn drops, as it does periodically, the food situation for people in this region becomes less dire.
*** Rimijn-gang 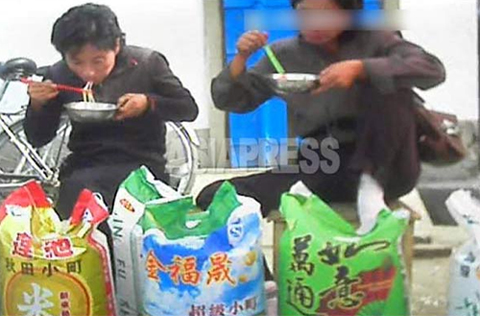 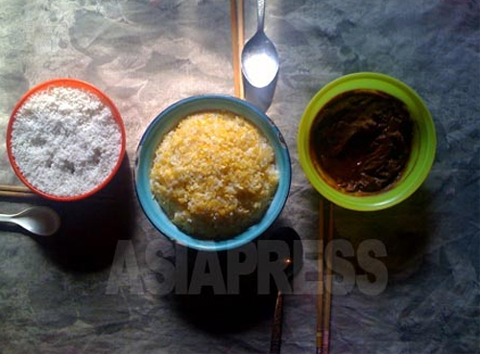 A typical meal for local people in the northern countryside town. Corn is supplemented with vegetables in a miso dressing (right) with salt (left). (March, 2011, Hyaesan, Ryanggang Province. Photograph by Choi Gyeong-ok) ASIAPRESS