We talked on January 7th at midnight by telephone to a North Korean man who cooperates with us on news items from the north. He lives around 100km from Poonggye-ri in North Hamkyung Province where the atomic bomb was tested. He said that nobody is really interested in a "Hydrogen bomb" test.
(Edit by KANG Ji-won, defector reporter, Rimjin-gang, and ISHIMARU Jiro) 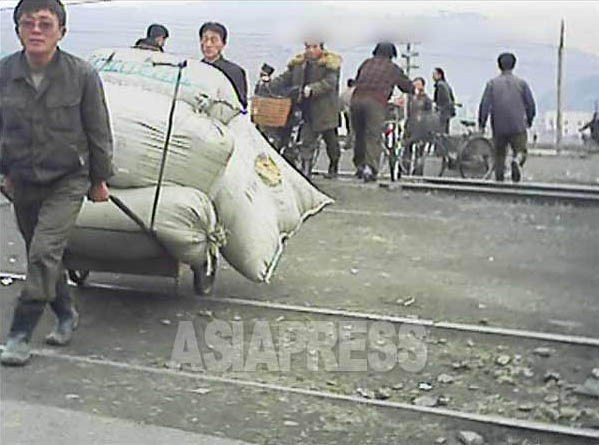 (Reference Photo) The provincial cities are continuously experiencing the disruption of power and running water. Complaining voices are getting louder as the living conditions are deteriorating. Filmed at Pyongsung City of South Pyongan Province in March 2013. (ASIAPRESS)

Q: What was the response for the nuke test from the people around you?
A: The people are not interested in nuclear tests anymore. They expressed their interests when the first satellite (rocket) was launched while the former leader Kim Jong-il was alive.

Q: The North Korean media shows excited people, cheering and celebrating like a festival.
A: I haven’t watched the TV (news). They may seem happy about the test, showing their approval and admiration, as usual. I really have no idea. I guess this bomb is supposed to be the most powerful one tested.

Q: North Korea may be sanctioned again by the international community. I presumed that only ordinary people will suffer, not the upper class. What do you think about that?
A: Our life is so miserable; we are so poor with or without sanctions. We make a living selling in the marketplace, because the government no longer provides rations as they used to. Sanctions make any difference.

Q: What if a nuclear war broke out?
A: We all would die, wouldn’t we? They (Kim Jong-un regime) are showing off and trying to intimidate by saying they possess the atomic bomb. Pyongyang (the regime) desperately need bombs, so they build them. It is irrelevant to the ordinary people like us.

Q: North Korean official media are showing scenes of people in Pyongyang celebrating the success of the hydrogen bomb test. How about in the provincial towns?
A: There haven’t been any meetings or gatherings regarding the nuke test. No one has any interest in it. A successful test will not provide a single teaspoon of rice. We are only concerned about the price of rice. We don’t care about that shitty bomb story; we are too busy trying to feed ourselves. 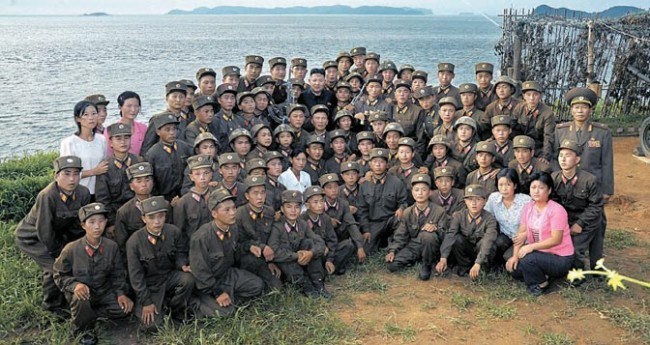 (Reference Photo) This is a commemorative photograph of Kim Jong-un on his visit to an island defense base in the southwestern front. As you take a closer look at the photo you can see that the young soldiers are small and emaciate. The malnutrition is pervasive among the North Korean low ranking soldiers. Quoted from Rodong Shimmun in August 2013, a governmental newspaper of North Korea

*Rimjin-gang/ASIAPRESS smuggles Chinese carrier mobile phones into North Korea. Using these, our North Korean reporters and reporting partners communicate with us on the latest developments.)