The bitter cold which overwhelmed East Asia has frozen Japan and Korean Peninsula. Sometimes the thermometer indicates less than -30c in some parts of Ryanggang Province in North Korea. Then how can the ordinary North Koreans survive the bitter cold? We talked with a resident in northern part of North Hamkyung Province through mobile phone on January 25. (KANG Ji-won, defector reporter, Rimjin-gang) 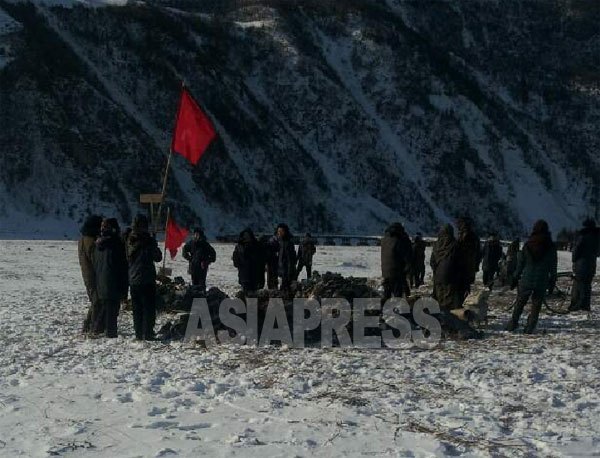 Q: What is the temperature there?
A: According to yesterday’s report, it was -22c.

Q: Do you work outside, even in that harsh cold weather?
A: We don’t care about the weather here. We are having a hard breaking the frozen feces that are used at farms.
*People mobilizing to glean composts in January and February to prepare for the spring farming in North Korea. 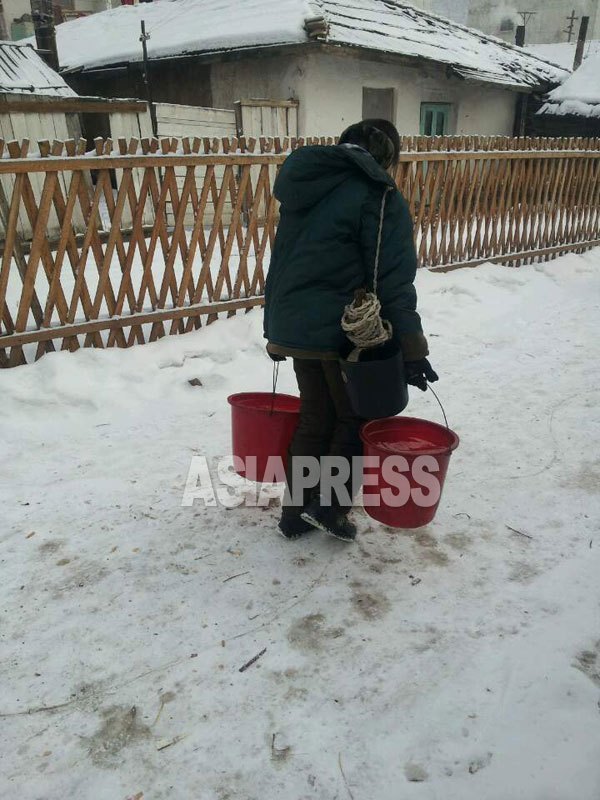 A woman is heading for her home with buckets of water from the public well.
The biggest challenge is to secure water for living during winter in North Korea.
The river is frozen and there is no running water as the motor pump does not work because of insufficient power supply.
Residents collect money together to dig a well or break ice on river to draw water. (Taken by Mindulle/January 2015/ ASIAPRESS)