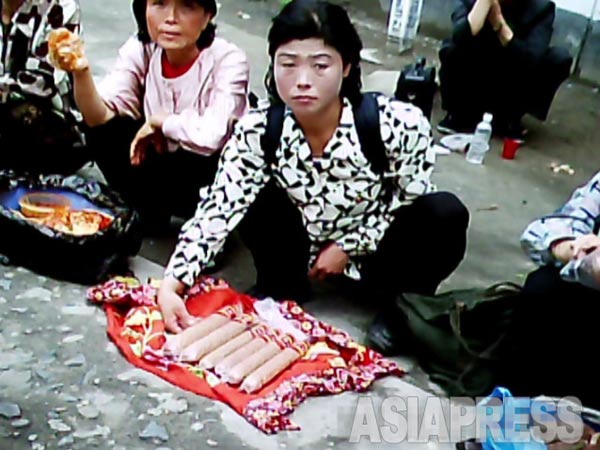 Reporters for the congress are only permitted to report on ‘developing Pyongyang.’ Ordinary people in Pyongyang earn a living through informal business. The woman in this photo is selling Chinese made sausages. Taken by Koo Gwang-ho in Moranbong District, June 2011. (ASIA PRESS)

Q: After 36 years, why hold a Worker`s Party congress now?

A: “This is the first time I’ve heard about the Worker`s Party congress. The last time the government organized one I was too young to understand what it was, but I heard that there was a congress when our Supreme Leader, Kim Il-sung was alive. I don’t know what the purpose of the congress is. And I’ve no idea what the Party members do in general, or whether they have a specific purpose for this conference.”

Q: How are people reacting to the Worker`s Party congress?

Q: So, despite the authorities putting seemingly great effort into preparation for the congress, you don’t expect anything from it?