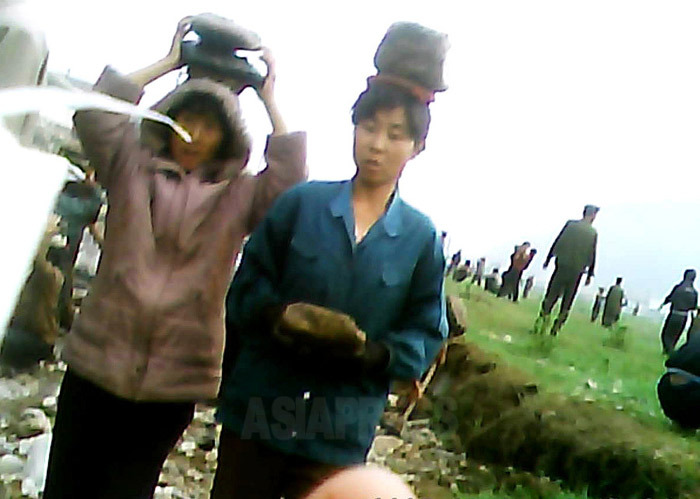 Samjiyeon County, visited by President Moon Jae-in in September, was a declared a ‘sacred site of the revolution’ in November 2016 by Kim Jong-un, when he called for the region to be transformed into a world-class tourist destination. Since then, residents from all over the country have been mobilized for construction work, while locals have been extorted for construction materials and funds. (Kang Ji-won / ISHIMARU Jiro)

"The entire Party, the entire armed forces, and all citizens should be mobilized for construction at Samjiyeon County," the Rodong Sinmun wrote in an editorial on February 22, 2017. Ever since, demands for local residents to provide construction materials and labor for the project have gradually increased, with people all over the country quietly voicing their discontent.

"In meetings with local residents, instructions are given once every other day for the preparation of construction materials like gravel and other necessities, such as gloves. Organizations and workplaces are ordered to send their employees to building sites to work as construction ‘storm troops.’ They are going too far. I’m really sick of it,” said a reporting partner in Yanggang Province.