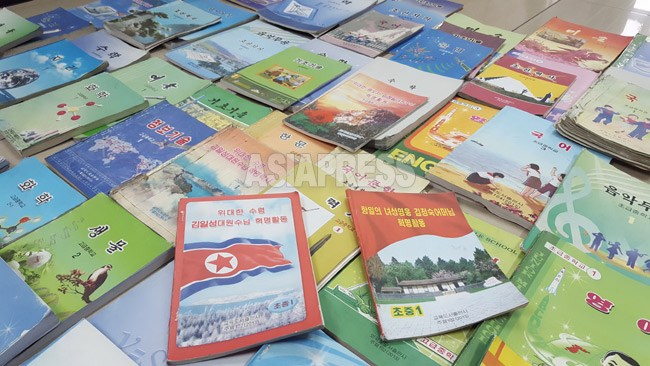 ASIA PRESS acquired 77 North Korean textbooks that are currently used in middle and high schools. The texts were secretly carried out of North Korea by an acquaintance of a North Korean defector in Seoul. ASIA PRESS digitized the contents of all but two natural science textbooks. 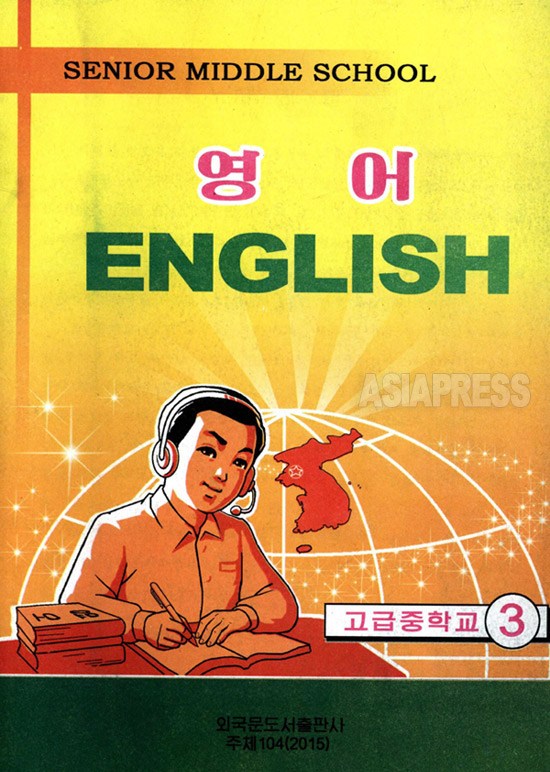 The first page of every textbook has a quotation from Kim Il-sung, Kim Jong-il or Kim Jong-un in bold letters. The words of the leader emphasize the role of the text as a study guide. There are no exceptions, even for subjects such as physics, mathematics, mechanics or art. 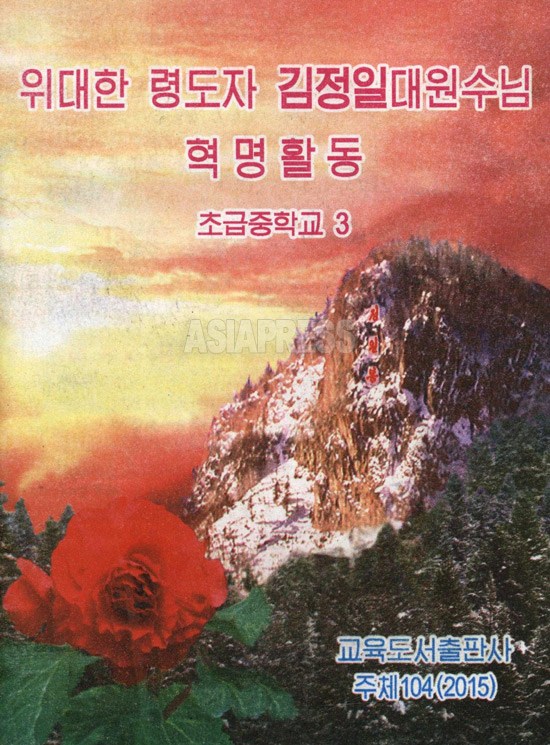 Textbook of ‘Revolutionary Activities of the Great Leader, Marshal Kim Jong-il’ for 3rd grade middle school. The photo of ‘Jong-il Peak’ is used as the cover of the textbook. (ASIA PRESS)

Kim Jong-un appears in the latter parts of the revolutionary history textbook for 3rd grade high school students. The textbook describes the moment when Kim Jong-un officially appeared for the first time at the Representative Conference of the DPRK Worker’s Party, on September 2010: “The Conference looked to Our Dear Marshal Kim Jong-un as a member of the Party’s central guiding organization and the vice chairman of the Party central committee, with consistent support and approval of the participants, as reflected by our party, military, and the people’s wholehearted approval.”

Idolization of Kim Jong-un can be seen in various social subjects. 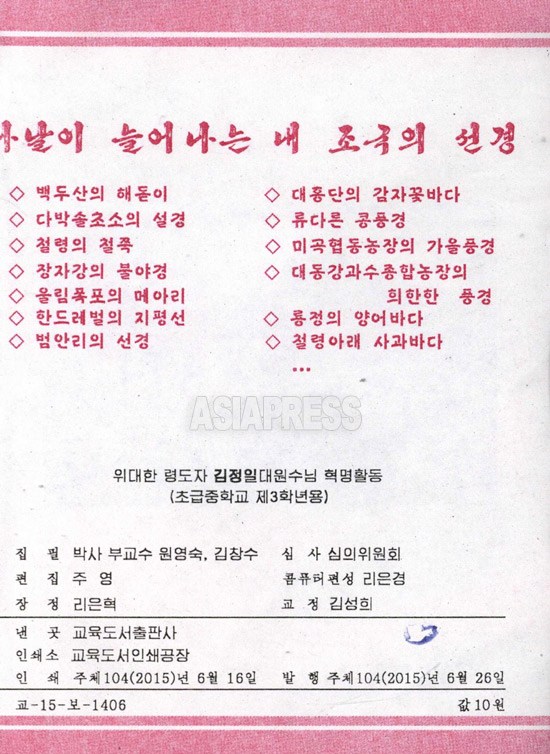 Education in North Korea is obligatory. It includes one year of kindergarten, five years of elementary school, three years of middle school, and another three years of high school, totaling 12 years. The textbooks used to be distributed to the students for free. However, following the economic hardships and consequent social changes of the 1990s, students share the textbooks at school or purchase illegally traded ones on the black market. (ISHIMARU JIRO)