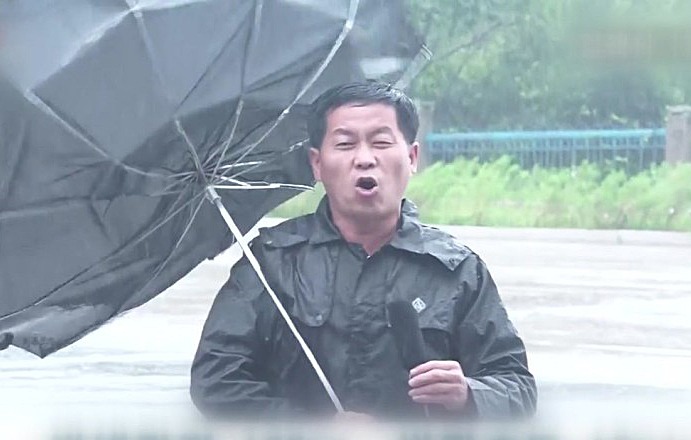 Reports of the extensive damage caused by Typhoon Haishen in the northeast region of North Korea are slowly filtering in. In Hoeryong City, North Hamkyung Province, floods destroyed an important bridge, cutting off access and communications to an entire district. A reporting partner living in the city spoke with ASIAPRESS about the situation on September 18. (Kang Ji-won)

Q: It’s been 10 days since Typhoon Haishen, what is the extent of the damage in Hoeryong City?
“Obonggyo Bridge collapsed, making it impossible to access Yuseon district. If you want to get there, you have to walk over the railway bridge.”

Q: Obonggyo Bridge is an important bridge over the Hoeryong River, giving access from Yuseon District to the rest of Hoeryong City right?
“Yes. The bridge is used by miners to reach the Yuseon coal mines on the outskirts of the city. As it has been destroyed, it is impossible to carry supplies to the mines. The only option is to walk across the railway bridge and cars can’t get across, meaning people have to carry and transport supplies on foot. The prices of goods in Yuseon market have really gone up because people have to carry goods there to be sold.”

Q: How about the damage to farmland?
“The valleys were blocked by landslides, causing water to be blocked, forming a large pool right in the middle of farmland. A considerable amount of agricultural land was lost and personal gardens were also damaged. On the Geumsang Village side, small streams swelled to the size of the Tumen River and surrounding fields were washed away. Cooperative farms were said to have been severely damaged.”

Q: How are recovery efforts coming along?
“Logs were placed along the river bed so that cars could be used to bring materials across. However, no organizations have enough money to buy gasoline. I don’t know when the bridge will be rebuilt.”

Q: There are reports that 12,000 Workers’ Party laborers were mobilized from Pyongyang to restore the affected area.
“It is said that Pyongyang will send support personnel to the affected areas, but Hoeryong is located along the border with China, so personnel cannot be sent here due to coronavirus quarantine measures, meaning the recovery efforts will have to be completed by locals. The officials say that they will take the lead in restoration efforts, but what can they do if they don’t have any money or materials?”
NextPage: ◆The phone lines were swept away- there is no prospect of recovery...

Next Page： ◆ The phone lines were swept away- there is no prospect of recovery
1 2
Facebook Twitter はてブ Pocket Feedly
RECOMMENDATIONS
Kim Il-sung's Image Gone from New N.Korean 5,000 won Bill
2014/October/14 Edit/Report by PAEK Chang-ryong, KANG Ji-won, ISHIMARU...
＜Inside N.Korea＞ Expansion of the market economy as the driving force behind social transformation--based on sources from inside N.Korea. (PART8, FINAL) The “class system” is being shaken. by ISHIMARU Jiro
2016/Dec/29 6 Expansion of the market economy shaking the “class syst...
＜Inside N. Korea＞ “3 Smugglers Shot for Treason”: Authorities Instill Fear Among Public to Prevent Infection by Would-be Border Crossers
◆ Blocked border results in goods shortages but government warns that ...
The N. Korean won’s depreciation is not stopping, losing around 40% of its value against the RMB, 68% against the USD compared to early 2022
The North Korean won is currently experiencing sharp depreciation agai...
＜Inside N. Korea＞ Fear and Tension among the Police: Authorities Order the Eradication of Bribery With Threats of Punishing Officers and Their Families
The North Korean authorities have decided to strengthen punishments fo...
Cold Response from Residents to Chairman Kim Jong-il's Death ? Steep Jump in Food Prices
2011/December/20 Written by ISHIMARU Jiro, Report by Choi Gyon-ok"(We)...