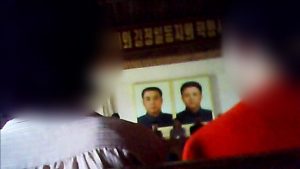 While I have worked in journalism specialized in North Korea, I have become sick of excessive coverage on North Korea by the Japanese media.

The Japanese TV and newspapers have enthusiastically reported the North Korean news almost every day: Killing of Kim Jong-nam in February. Successive missile launchings. Possibility of war in April. It is overwhelming, but is believed that they have missed other important point. It is the inside story of North Korea.

I would tell how the North Korean people evaluate Kim Jong-un at this time.

The North Korean team of ASIAPRESS, headed by myself, have had total 600 times of contacts with more than 70 North Koreans including 10 reporting partners for five years after the inauguration of Kim Jong-un regime. The public sentiment of North Korea is especially a major concern for the writer. To tell the conclusion in advance, the reputation on Kim Jong-un is at the bottom added by poor evaluation on his wife, Ri Sol-ju.

It was 2012 when Kim Jong-un was 28 years, purportedly born in 1984, that he took the top leader’s position of the State and the Worker’s Party. The world scorned at the weirdness of three generations’ succession of power. While many of the North Koreans expressed opposition at the beginning of his regime, I was surprised to hear some hopeful voices expecting Kim Jong-un to be better.

The reason was the saying : “As a young man, he may start a new politics,” “As he experienced foreign life, he may open the country and lead reformation.” (Kim Jong-un had stayed in Switzerland for four years for his elementary and middle school days)

The North Korean regime has constantly mobilized its people for ‘Revolution of Chosun’ during almost 65 years of Kim Il-sung/Kim Jong-Il’s reign. The national policy has been “Liberate the South which is a colony of the US and unite it under the socialism.” But the world changed. The cold war structure collapsed. China, representing the socialism, achieved a remarkable economic success. The North Korean people knew it, which led them to expect changes through Kim Jong-un.

Five years have been passed. Nothing changed with the North Korean politics. The North Korean people are still institutionally forced to pay absolute loyalty, obedience to the sole leader Kim Jong-un as the warrior of ‘Chosun Revolution.’ Ever since Kim Jong-un purged and executed his powerful uncle Jang Song-thack in 2013, the evaluation on him was plummeted and the sentiment of despair and resistance got higher.

Followings are voices of the North Koreans via phone and emails. (ASIAPRESS provided Chinese mobile phones into North Korea for communication)

“(He) killed his uncle and furthermore step brother (Kim Jong-nam). Fearful! He went far beyond human ethics.” ; Criticism on morality

“That greenhorn really knows anything about politics or real world? He just mimics his grandfather (Kim Il-sung).” ; Resistance

“Life is hard because of forced burden for restoration of flood or labor for farm support. Shortage of power supply and running water is getting worse.” ; Complaint about economy

“Arrested too easily for trivial mistakes. Officials are shivering because of too many purges.” ; Fear

These are the evaluations on Kim Jong-un and his regime by the ordinary people and the Party officials.

It is believed that the neighboring people totally turned against the regime because of their leader’s weird behavior toward in and out of his country. (But the privileged circle would not be included)