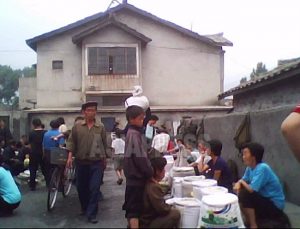 (Reference Photo) Rice, corn and flour are on food stalls at a market. Taken by Kim Dong-chol at South Pyongan Province in June 2010.

ASIAPRESS has kept on surveying major comsumer prices of North Korea. As of November 16, 2017, the prices of gasoline and diesel which have shown upward trending since April dropped according to reporting partners in Yanggang Province and Pyongyang. Especially, diesel which has sharply arisen since October has plummeted by 40% compared to that of the early November when it touched the peak.

The partner in Yanggang Province explained about the reason of sharp drop of the fuel price; according to a fuel trader, large quantatity of oil was imported from Russia. He also delivered the saying of the trader that the oil from Russia was imported through a port in Yellow Sea, not Najin port which is close to Russia. The partner in Pyongyang reported an unconfirmed rumor that oil is smuggled in from China.

Among staple grains, rice price remained unchanged and corn price dropped. It is assumed that the staple grains are continously supplied into the market after the fall harvesting. (ISHIMAU Jiro) 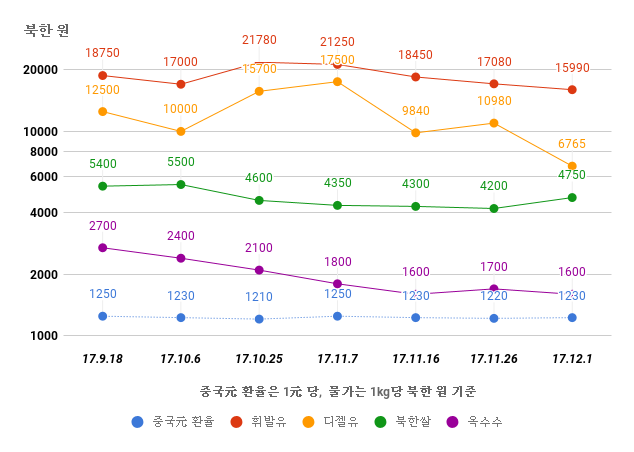