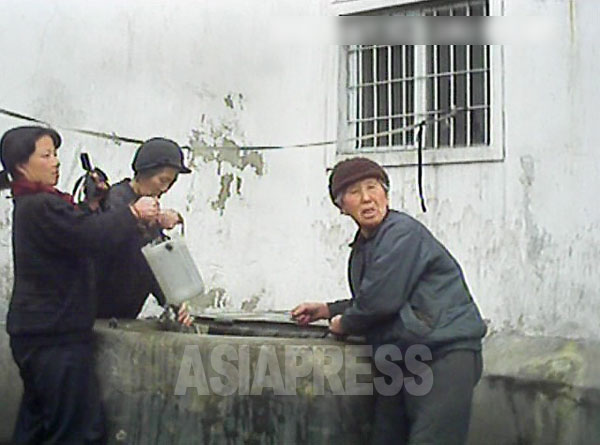 In the northern region of North Korea, local authorities are expected to raise electricity prices, following improvements of the power supply to factories and residential districts made since June, according to are porting partner in North Korea. (Kang Ji-won)

Talking about the local power supply, are porting partner residing in northern Yanggang Province said during a telephone conversation with ASIAPRESS in mid-July:

"Since the end of June, electricity has been supplied to residential districts for over 10 hours a day and to factory enterprises for almost 20 hours a day. The power supply is normal."

Another reporting partner, from a city in North Hamkyung Province, said that "in July, the power supply suddenly improved and, since then, electricity has been provided for 10 hours a day. The water supply has returned to normal as well.”

In relation to the sudden resolution of power shortages, the Yanggang Province-based reporting partner said,

"Rumor has it that the electricity is coming from China or that it has been redirected through the unofficial, private economy, but I don’t know the exact source."

Meanwhile, following the improvements in the power supply, the local electricity distribution office initiated a survey on ownership of household electrical appliances.

The reporting partner said, "The electricity distribution office is currently conducting a survey on electrical appliance usage in each household. After the survey is completed, it will be decided whether electricity bills will be calculated according to individual household usage or by using a flat monthly rate of 10,000 KPW (about $ 1.10). The authorities said that the cost of installing electricity meters will be borne by each household, but there has been no decision yet."

As ASIAPRESS has already reported, last year in Pyongyang, government officials visited private homes, forcing residents to buy electricity meters for $20-30. However, very few were actually installed due to strong opposition. The authorities attempted to adjust electricity prices after conducting surveys of individual household usage, but residents were deeply dissatisfied, saying, “They are making us pay bills without even providing electricity."

Next page: the local authorities ordered residents to pay 10,000 KPW per month...

Next Page
1 2
Facebook Twitter はてブ Pocket Feedly
RECOMMENDATIONS
＜People’s Army Update＞ Soldiering Off: Bases on Lockdown and Annual Enlistment Delayed to Prevent Spread of Coronavirus
“Soldiers have all but disappeared from the streets” In mid-March, ASI...
The Making of Rimjin-gang 〈03〉
The Making of Rimjin-gang The Making <01> <02> <03>...
Price is rising up due to a cornering sign of sanctions (ISHIMARU JIRO)
UN Security Council unanimously made a resolution to impose sanctions ...
＜Inside N. Korea＞ First-Rate Flop: “World Class” Tourist Magnet Repels Residents as Private Businesses Banned and Power Cut
On December 2, Kim Jong-un cut a ribbon at a ceremony to mark the comp...
＜Inside N. Korea＞ Serious Shortage of Military Rations Leaves Officers' Families Facing Hunger
In North Korea, the threshing and drying of rice after the autumn harv...
＜Inside N.Korea＞ Why are North Korean Squid Boats Washing up on Japanese Shores?(3 Photos)
2017/Dec/28 Wooden fishing vessels, most likely from North Korea, are ...