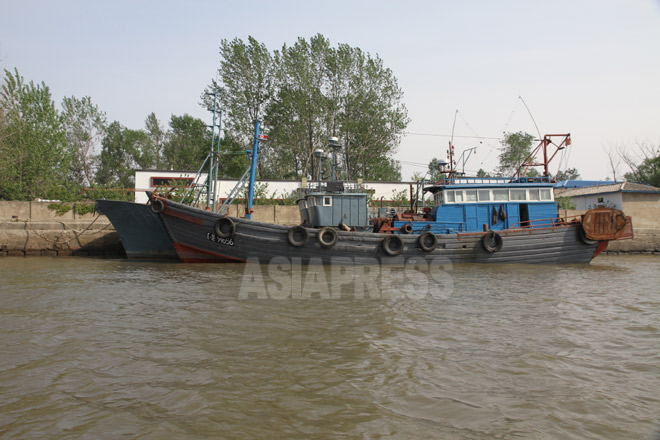 It is revealed through our investigation that there have been frequent shipwrecks during the coastal fishery in the East Sea of North Korea this year. There are scores of fishing bases that earn foreign currency along the North Korean coastline of the East Sea(Sea of Japan). They are called “the fishery office” which belong to the military or the security agencies. They are exporting the catch mostly to China. Most of these fishery offices have begun mobilizing the soldiers to fishing from this year.

The reporting partner in the North Hamkyung Province said
“The soldiers do not know the steering for direction on the sea, nor have the knowledge how to catch fish. Thus a fisherman accompanies them resulting in the frequent shipwrecks.”

Then, why did the soldiers board on the fishing boats? One of the major reasons is Kim Jong-un’s direction to supply the soldiers with enough fish.

The North Korean official media have repeatedly shown Kim Jong-un’s visits to the facilities or offices related to the fishery this year. On the 25th of November, the “Rodong Shinmun” (the mouth organ of the Korean Workers’ Party), reported that Kim Jong-un said “It is our Party’s firm decision to provide enough fish to the people and the military” on his visit to a fishery office under the control of the military.

Kim Jong-un’s instruction should be executed with absolute obedience. The fishery office did not have any option but to supply seafood to the military. But the problem was the lack of the personnel for fishing.

The reporting partner said “The fishery office got the permission to board the soldiers on the fishing boat by promising them to eat the fish they would catch. If they hired the ordinary people, they had to pay them by the allocation of their haul, but no need to pay for the soldiers. Eventually, they are earning money by using the soldiers.” 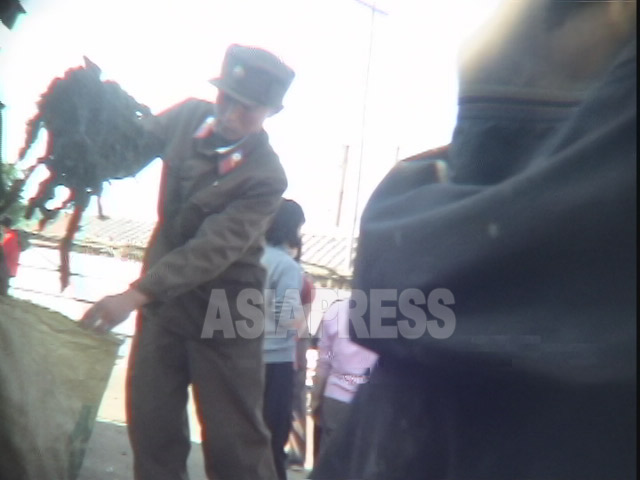 It is reported that the shipwrecks of the fishing boats with the soldiers mostly occur at the 7th corps of the South Hamkyung Province. The parents of the mobilized soldiers of the corps complain that their sons often board on the fishing boats, and are worried about them because of frequent shipwrecks. The soldiers themselves also state complaints when they come to our village to purchase fishing equipment.”

The reporting partner did not know the ships in distress were drifted to the Japanese coastline. There is no information confirming that the dead body was in the military uniform.

This partner said, “When on board, the soldiers should change their uniforms to the plain clothes.” It seems that the office is reluctant to reveal the fact that they are mobilizing the soldiers for fishery.

Finally, the partner added;
“It is not rare, nor anything for people to die at the North Korean sea. The numbers of the widows are increasing around port area. Many people die in rough sea to catch fish on wooden boats.” 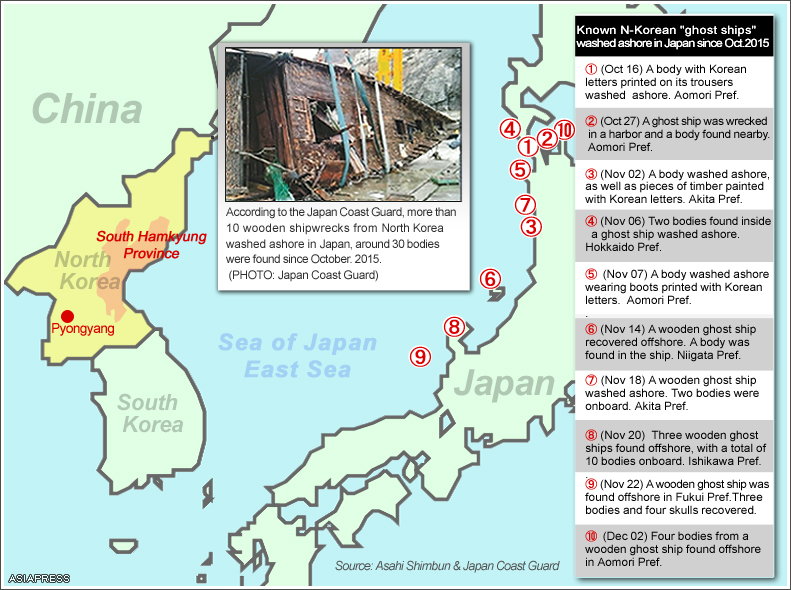