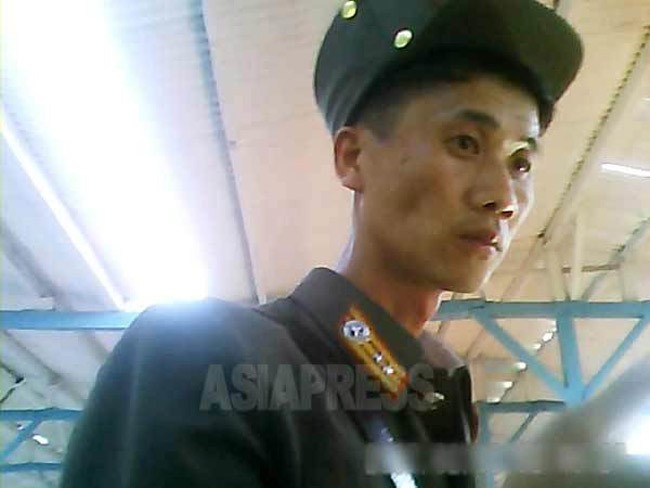 (Photo) A thin soldier buys goods from the marker. He is an officer. Photographed by ASIAPRESS in August, 2013

Officers in the North Korean People’s Army are professional soldiers who are allowed to marry and have a family while they serve. As such, officers were seen as attractive partners by young woman and were much-envied by their peers.

But that is a story of the past. Nowadays, young women tend to avoid marrying military officers and are often told, “Don’t marry an officer. It brings too much hardship.” This is because conditions for officers have become very poor.

Since February, 2019, an ASIAPRESS reporting partner in North Korea has been investigating the salaries and food rations provided to civil servants, including officers of the People’s Army. The monthly salary of North Korean civil servants is set by the state as the national wage.

The government’s salary is 8,500 won (approximately 0.97 USD) per month. Food rationing, given as white rice, is provided 100% of the time but family members are sometimes not provided for. Officers are not given any side dishes, medical supplies, or daily commodities at all. Alcohol, cooking oil, and pork are provided only with special distributions on important national holidays such as the birthdays of Kim Il-sung and Kim Jong-il.

A monthly salary of 8,500 won is small even in North Korea. That amount can only purchase 2 kg of rice in the local market and is equivalent to what a girl in middle school could earn in 2 days by selling bean sprouts in the corner of a station or market.