◆ Big money made through sales at mobile phone terminals

Assuming an average of 1 million units sold each year at an average cost of 50 US dollars each, the regime would make an annual revenue of $50 million. In 2017, North Korea imported a total of $82 million worth of mobile devices from China. Due to economic sanctions, however, these imports were brought down to zero. As inventories were reduced, sales from these imported mobile devices suffered huge losses. 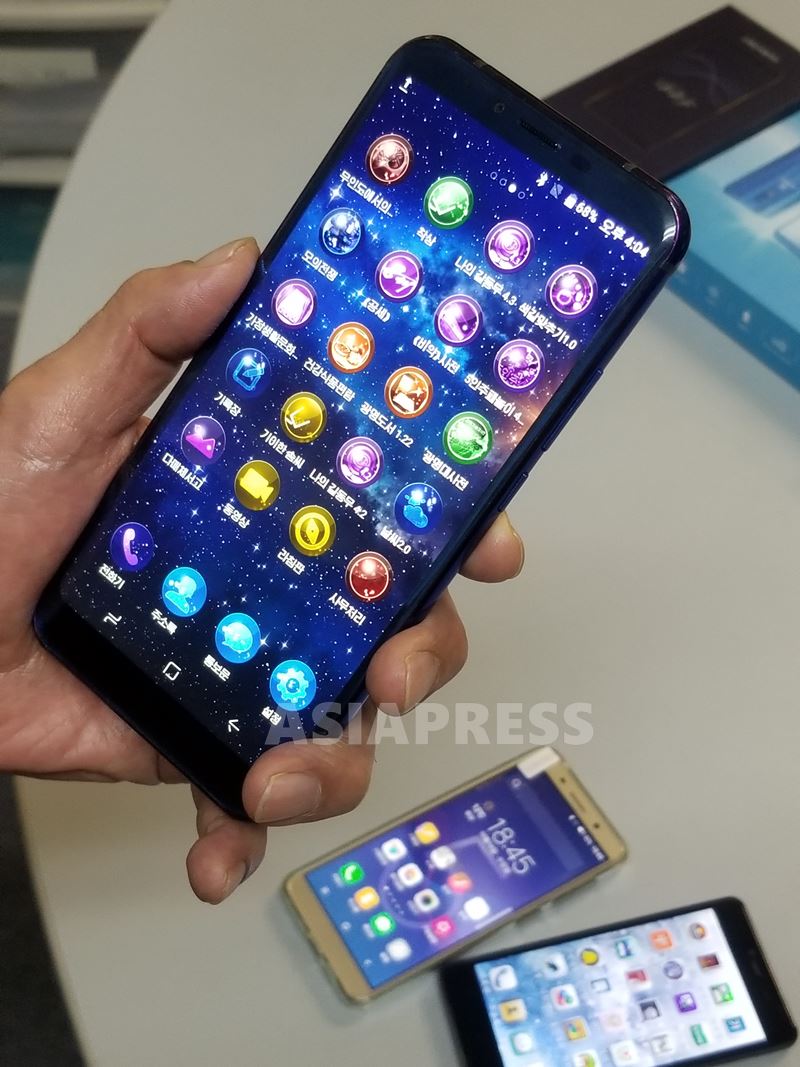 The latest mobile phone to be released in North Korea. It was bought and smuggled out from North Korea in early 2020 (ASIAPRESS) 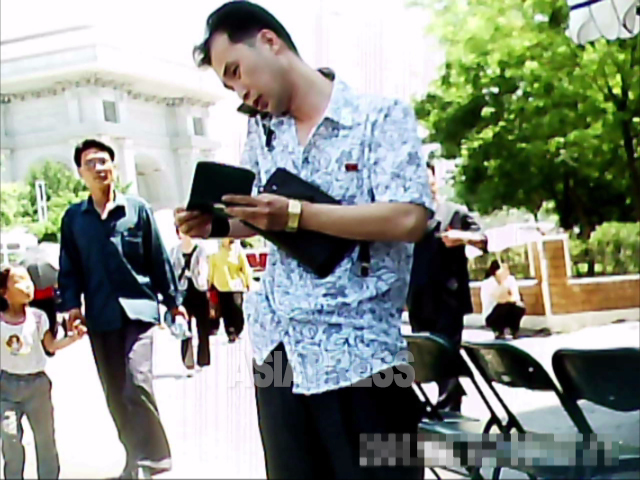 A man turns over his notebook as he talks on his mobile phone. Photograph taken in the Moran District of downtown Pyongyang in June, 2011 (ASIAPRESS)

Mostly in Pyongyang, the number of restaurants and shopping malls charging in foreign currency has also increased a lot over the last 5 years or so. The goal is to pull foreign currency from the pockets of the wealthy. In the 1970’s, during the Kim Il-sung era, it was well known that there were “foreign currency stores,” where foreign products could be bought using foreign currency. The purpose of such stores was to take money from “Korean returnees” who were being sent money from their relatives back in Japan.

It is said that there are about 500 public markets around the country, which expanded from the black markets set up after the collapse of the nation’s socialist economy. The Market Management Office under the Commercial Management Bureau of the People’s Committee (local government) is in charge of these markets. Those who want to conduct business at the markets must report to this office and pay a daily fee for the right to sell goods at the market.

Only married women can do business at markets. This is because men are forced to work at their assigned jobs in state-run enterprises.

The size of such markets is usually quite small, with about 100 merchants in each. Large markets in cities such as Pyongyang, Chongjin, and Pyeongsang, however, have around 2,000 merchants each. The daily fee for merchants to use the market depends on the value of the items they sell. The daily fee for merchants selling food is quite affordable, while the fee for those selling shoes and clothes is quite high. It can range from 114 won to 1,140 won per day.

At minimum, it can be assumed that an average of 500 merchants across 500 markets pay an average of 570 won per day through these daily market fees. If this is the case, then the regime brings in roughly 142,500,000 North Korean won per day. If the markets are open for 300 days each year, this would bring in a total of 42,750,000,000 won each year. In addition, the regime collects revenue from raising electricity bills and bus fares and has recently started collecting vehicle tolls as well.
Next page :Extortions of cash and labor from the people...