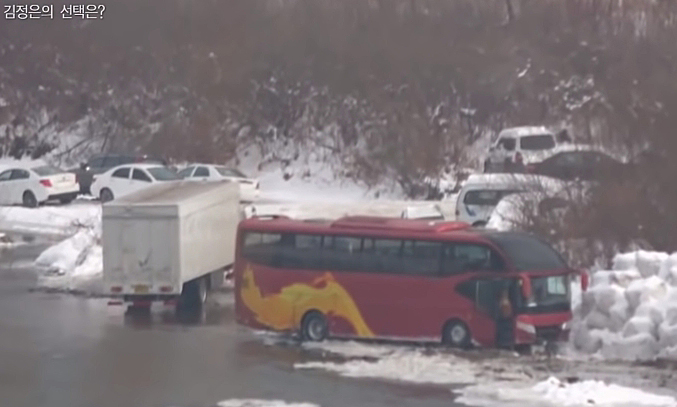 Musan County and Hoeryong City in North Hamkyung Province were once the most common spots for refugees to escape into China. With security much tighter now, these areas have become more difficult places to cross the river. The most popular spot for smuggling, meanwhile, is just outside of Hyesan City, along the upper stretches of the Yalu River. Boats are also used for smuggling along the middle stretch of the Yalu River in Jagang Province and along the lower stretches of the river in North Pyongan Province. In addition, smuggling takes place ship-to-ship out at sea off the west coast, as will be described momentarily.

Next Page： ■ The structure of “state smuggling”
1 2 3 4
Facebook Twitter はてブ Pocket Feedly
RECOMMENDATIONS
"Jang Song-taek Was Human Scum" - Massive Campaign by the N.Korean Authorities
2013/December/25 Written by PAEK Chang-ryong, a defector reporter.Sinc...
The Changing Face of the Tuman-gang (Tumen River) - PART 1
Sino-North Korean border report: - Wire Fence Installed Along The Enti...
＜Inside N. Korea＞ A recent flood has left thousands dead: following the flood mass forced-migration of the poor into the affected area. 'Entire villages have disappeared. '
2016/Dec/1 Toward the end of August this year, 2016, a large flood oc...
＜Inside N.Korea＞ Interview with Two N.Koreans: Shock and Horror on Assassination of Kim Jong-nam
2017/Feb/18 The news that Kim Jong-nam, a half brother of North Korea...
＜N.Korea Crisis＞ Why is there a Food Shortage Crisis in the Breadbasket Region of Hwanghae? (PART1)
Written by LEE Jin-su2012/May/07 Possible reasons other than a simple ...
＜Inside N. Korea＞ Sexting Sting: Roadside Cell Phone Inspections Cause Embarrassment as Police Probe Data and Texts
Mobile phone usage has expanded greatly in North Korea, with 5 million...