News of The Firing Squad Execution case of North Korean entertainers, which took place in Pyongyang this august, spread around the world. This incident was initially introduced as a sex scandal involving Pyongyang entertainers, including the filming and distribution of lewd videos.

It was proclaimed by the North Korean government that this was the main reason for the crackdown on the smuggling of impure materials into the country. The news drew further more attention when it was rumored that among those singers executed one, Hyon Song-wol, was said to be the ex-girlfriend of North Korean leader Kim Jong-un.

However, according to multiple sources from inside North Korea, the reason for the executions was not a sex scandal but in fact due to recorded material related to Kim Jong-un. This is not to say that Kim himself was in the video, rather that he has an as yet unknown link to this recording.

On 20 August, in the grounds of the Kang-won Military School, Pyongyang, in the presence of a crowd, the entertainers were executed. The South Korea government confirmed this on October 8 at the National Parliament Information Committee, stating that dozens of people related to the Milky Way Orchestra were executed by firing squad.

There is now no doubt that there was a firing squad execution, however, the reasons are still unclear and there is no further information at this point. ASIAPRESS, in search of further details of this incident, mobilized inside reporting partners within North Korea, as well as our partners inside China, so as to find out exactly what happened. 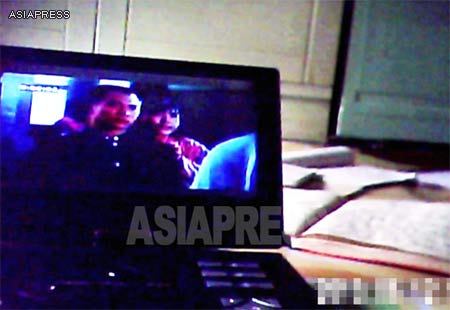 Portable video players called "Note Tel" allow the viewer to play a movie by inserting a USB stick. This player is now widely used throughout North Korea. The North Korean authorities are on the lookout for the rapid spread of this kind of device that is seen as a more convenient means to watch smuggled South Korean programs. (June 2013, Taken by Rimjin-gang's reporting partner in North Korea) ASIAPRESS

"The scene of the execution was dreadful"

From September onwards, we have received information that, through multiple mutually confirming reports, has become more and more concrete. This has been possible by hearing the story via reliable resources connected to the executions - in particular a North Korean trader who temporarily visited China following the incident. This person told us how he first heard of the incident from a direct witness to the execution. The scene of the execution was deemed to be a dreadful sight, "The bodies of those executed were dismembered into several pieces because the firing squad used heavy automatic weapons. Among those executed, Hyon Song-wol was counted."

This rumor is also spreading throughout North Korea. It has become common knowledge. "The main culprit of this crime was a singer/actor named Kim Chol, alleged to also have been involved in the shooting of the sex video. He was executed by firing squad, other officials say that Hyon Song-wol was not executed." This story was passed to us from out reporting partner in Ryanggang province.

According to another reporting partner in North Hamkyung Province, the authorities rounded up the entertainers and those who were accused of having committed the crimes were executed by machine guns. Some of the entertainers who actually witnessed these executions fainted with the shock of seeing the bodies of their colleagues ripped apart.

ASIAPRESS asked the North Korean trader about this story, during his temporary visit to Shenyang, China. He explained to us that, "I was already in China in the middle of August and, as such, was not aware of the incident until after the executions had taken place." According to his opinion the origins of the executions were not driven by the sex tape scandal, rather by political motives. "The movie concerning the Dear General (Kim Jong-il) was somehow circulated and secretl y watched in Pyongyang for some years before this incident. I have been hearing that those who watched the video - high officials and those working for trading companies - were apprehended by the secret police. I have known this for about a year and I feel that this latest execution case is somehow related to that story."

In North Korea there are Chinese traders who are foreign residents in North Korea. We do not know accurately how many there are, as the number is not known, but currently there are supposed to be several thousand to ten thousand of these individuals living in North Korea. These traders are exceptions to the no-travel restrictions facing normal North Korean citizens, as they can travel freely across the Sino-North Korea border. In a country like North Korea, which has an isolation policy, these traders are taking advantage of their position and had managed to maintain good business, especially after the 1990s. For the most part, the products they trade in are clothes and other reasonably prices goods. They import these from China into North Korea, and from North Korea to China they bring gold and plants used for medicinal purposes. Among those traders, using their own courier networks, they also smuggle in South Korea movies and other paraphernalia considered illegal in North Korea. The reason they do this seems to be purely for making money, not for political motives.

ASIAPRESS made a phone call to a Chinese resident who live in North Korea, engaged in the illegally trading of the aforementioned materials. He stated, "After around 2004, we recorded all the South Korean TV dramas we could, one after another, and smuggled them into North Korea. We earned a lot of money by selling these videos to underground dealers in Pyongyang and Pyongson. They also copied the video multiple times and have been able to make a great deal of profit from it. After we discovered how profitable this was, other Chinese resident groups such as truck drivers involved in importing and exporting came to be involved in this business and competition increased noticeably. South Korean books and texts books have also been requested by Chinese traders. These are also in strong demand. The information was put on USB memory sticks and smuggled into North Korea." 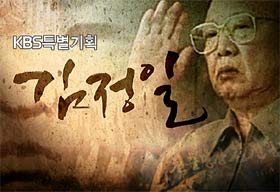 South Korean TV documentaries and dramas are illegally smuggled into North Korea from China. These programes are recorded onto USB memory stick and sold secretly on the blackmarket.

South Korean TV has a satellite service so it is easy to receive in China if you have a receiving set and/or antenna. It is a matter of simply recording the show of your choice and smuggling it into North Korea. It is not considered difficult to copy it onto the USB and carry it over the border.

"When I went back to Pyongyang, last spring, the underground dealer told me not to put dangerous data onto the memory stick anymore because among the data being circulated at that time there was a South Korean TV program made about Kim Jong-il. The Chinese trader explained how risky this business is and that it is not possible to share it with ordinary people for fear of being informed on. As such, it is difficult material for us to deal with. "I only copied that data for close police officials and close friends, that was it," he clarified.

There is another case of a South Korean video being smuggled into North Korea; this is by groups that have the intention of promoting the flow of political information into North Korea.

A former member of a defector organization in South Korea explained to us, "In the organization that I used to belong to, until around 2011, the group put several sorts of anti-Kim Jong-ill videos onto USBs and smuggled them into North Korea. We had a project to increase the flow of outside information into North Korea and had been receiving subsidies for this project. Those videos that we originally made by us, those against Kim Jong-il and others such as TV documentaries made by such companies as the Japanese NHK (Japanese Broadcasting Corporation), we made subtitles for".

Beside these organizations, it is deemed that there is a possibility that the South Korean National Intelligence Service (NIS) institution is also creating and disseminating recordings for distribution within North Korea. After news of the executions spread throughout the provinces of North Korea ASIAPRESS asked to several persons who often travel between North Korea and China - traders and ranked officials, at enterprises for winning foreign currency - to collect information. At the end of September these sources told us the following story, which is yet to be confirmed:

"Smuggled in recorded TV programs blasphemize our supreme dignity, among those videos, what is recently becoming a problem is a story on comrade Kim Jong-un, made by South Korean KBS and a series on the Dear General (Kim Jong-il). The ranked officials of the security department, one of whom is my acquaintance, told me that the reason the entertainers of the Milky Way Orchestra were targeted is because they watched such politically blasphemous programs."

The supreme dignity of course refers to the dynasty of the Kims. Another trader said that his relatives who live in the rural areas told him that they have watched the South Korean video on Kim Jong-il. He remembers what he saw - it was when Kim Jong-un was studying abroad and Kim Jong-il had a Japanese cook preparing his meals. These programs, he recalls his relatives telling him, were on KBS. His relatives watched this video on a USB memory stick on a portable digital player.

What he mentions is a special program made by KBS, aired in October 2010, entitled "The North Korean Three Generation Power Succession". The other program mentioned by the trader is a series of programs on the Dear General. This was supposed to be a three-part program, made by KBS and aired in December 2011. It is through these programs that some rumors have already been passed around the North Korean people, despite the fact that the details of the execution case have not yet been revealed.

Currently, the crackdowns on 'Impure-recorded materials' is becoming more severe, and executi ons by firing squads continue to occur in various cites throughout the country. The core of the 'Impure Material' issue is not yet fully emerged, however, clues continue to come out that point to larger political meanings behind it all.