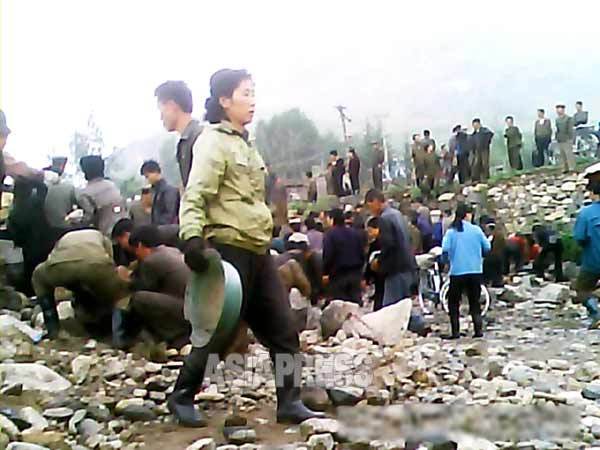 People who were mobilized for river improvement are gleaning stones. Taken by ASIA PRESS at a local city of northern area on June 2013

The mobilized labor is performed by the unit of work place and school. Even though the work is very bothersome, people still have to participate in order not to be criticized. Blunt complaining voices are being heard from the video taken by our reporting partners. 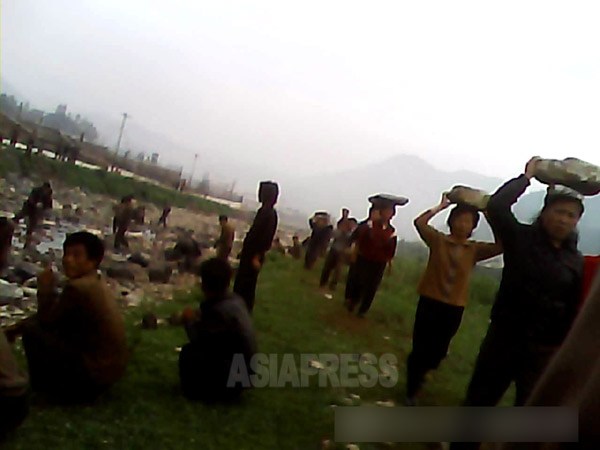 Women are moving large stones on their heads. Taken by ASIA PRESS at a local city of northern area on June 2013

The video taken at northern area shows mobilized people for river improvements. Voice of a woman who is moving heavy stones is being heard: ”How come there is an endeavor labor every two days? I don’t have any energy left after all days of work.” 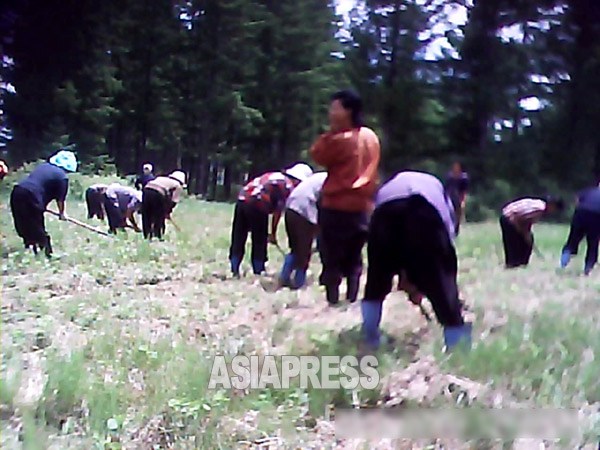 Mobilized women for weeding work in a farm village. People are mobilized for weeding and harvesting from spring to fall. Taken by Mindulle (ASIAPRESS) on June 2013

Mobilized people for weeding are complaining while working: ”This is free labor. All the products are taken by the high ranks after all,” “It is so hard, I am almost dying!” 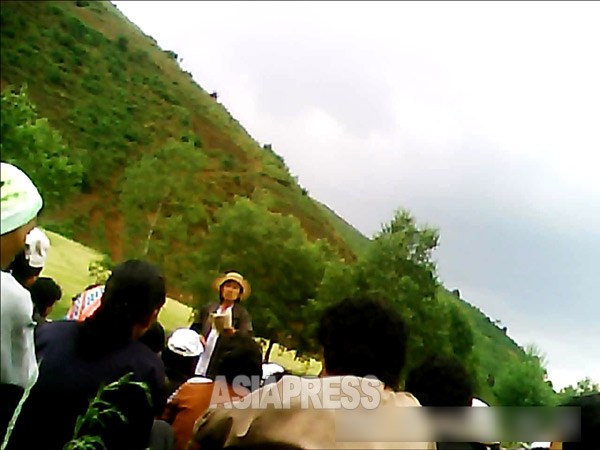 Political study is included during mobilized works. A female official, by reading like a textbook, explains a material with a title, “To become a true comrade with Marshall Kim Jong-un.” Taken by Mindulle (ASIAPRESS) on June 2013

Complaining voices from the people who are heading for the site to work in heavy rain are being heard:”Isn’t it too much?” “This is the same as saying that we must die,” “They are forcing us to work regardless of the weather being rainy or snowy.” (Paek Chang-ryong, defector reporter)