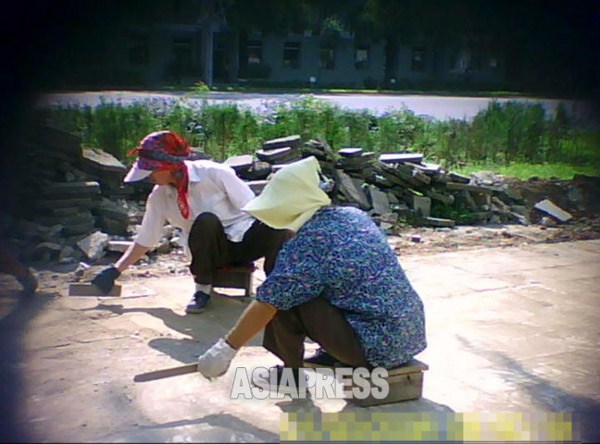 Residents in an apartment complex are mobilized to pave sidewalk. Seosung District in Pyongyang on August 2011. Taken by Koo Gwang-ho/ASIAPRESS

The reason North Korea can still sustain production and construction activities in the midst of dire economic circumstance is due to "mobilized labor," North Korean term for government endeavor mobilization. 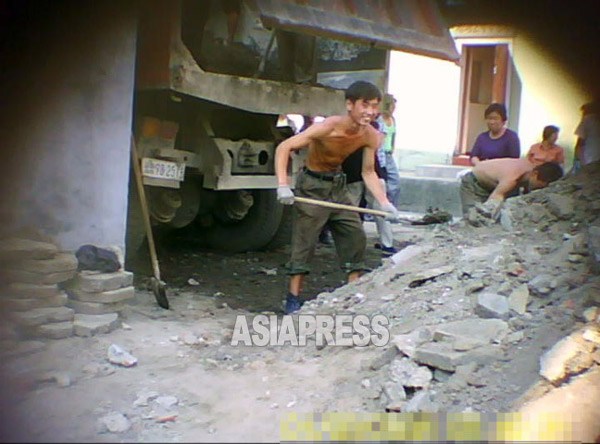 Some better-off people perform their tasks by hiring someone for the mobilized labor on behalf of them. It seems that the man in the picture was hired for replacing blocks of sidewalk. Seosung District in Pyongyang on August 2011. Taken by Koo Gwang-ho/ ASIAPRESS