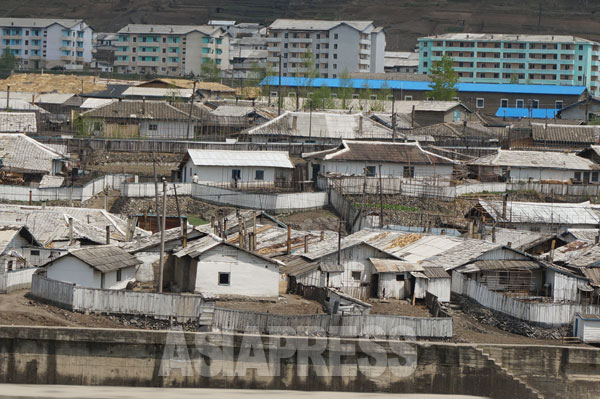 A shabby Hyesan residential area, as seen from the Chinese side of the Yalu River. Photograph taken on May 13, 2014 by ASIAPRESS

Police are investigating the cause of a blaze which destroyed or damaged 24 houses on the morning of January 14 in Hyesan, Yanggang Province.

Reporting from Hyesan, the partner said, “Early in the morning on the 14th, a fire broke out near Hyejang-dong market, burning down 24 single-story houses. Although the fire broke out at dawn, they are saying that there are no casualties.”

The reporter continued, "The police have not yet determined which house the fire originated from. But a full investigation is underway, with arson suspected as a potential cause.”

Hyejang-dong is located in the heart of the city, facing the Yalu River on the border with China. (Kang Ji-won)