◆ Does Kim Yo-jung want to be in the limelight?

To summarize Kim Yo-jung's current position:
(1) She has been portrayed as a member of the royal family
(2) She has rapidly elevated her position in the Workers' Party
(3) She has imprinted her presence at home and abroad by visibly assisting Kim Jong-un
(4) She has released statements of the regime, demonstrating her power in the system

Kim Yo-jung’s portrayal to the domestic and international audience as a member of the Mt. Baekdu royal lineage is important as it establishes her as a de-facto “second-in-command” within the system. It seems that she is not a figurehead but an actual power inside the regime, groomed for possible succession.

Kim Yo-jung also seems to enjoy her exposure to the public through the many pictures and videos released by state media. Rather than being simply satisfied with a public image as a “proud and diligent younger sister of Kim Jong-un” though, she seems intent upon climbing the ranks within the regime.

(Photo) President Moon Jae-in and his wife are greeted by Kim Jong-un and his wife upon their arrival at Pyongyang Airport. Kim Yo-jung can be seen in the background, in the middle of the picture. Photograph originally published by the Pyongyang Joint Photography Foundation on September 18, 2018. 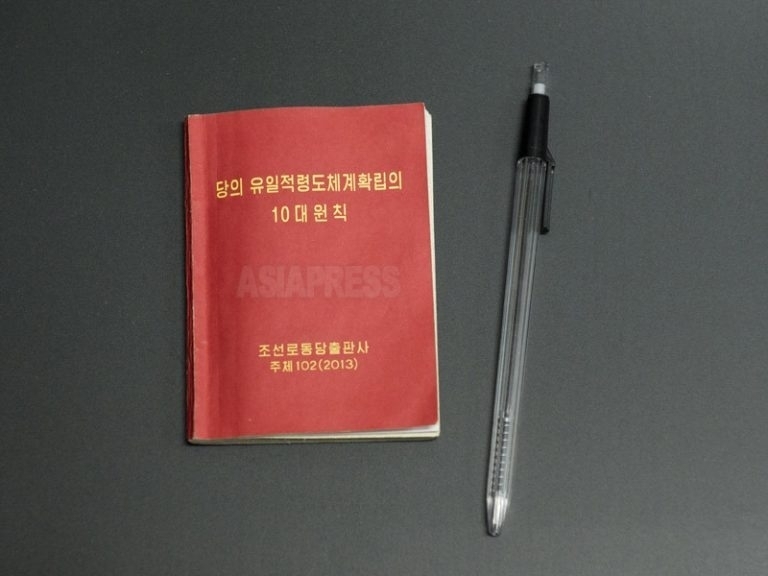 (Photo) An original copy of the “Ten Great Principles” obtained by ASIAPRESS. It is 56 pages-long and is pocket-sized. 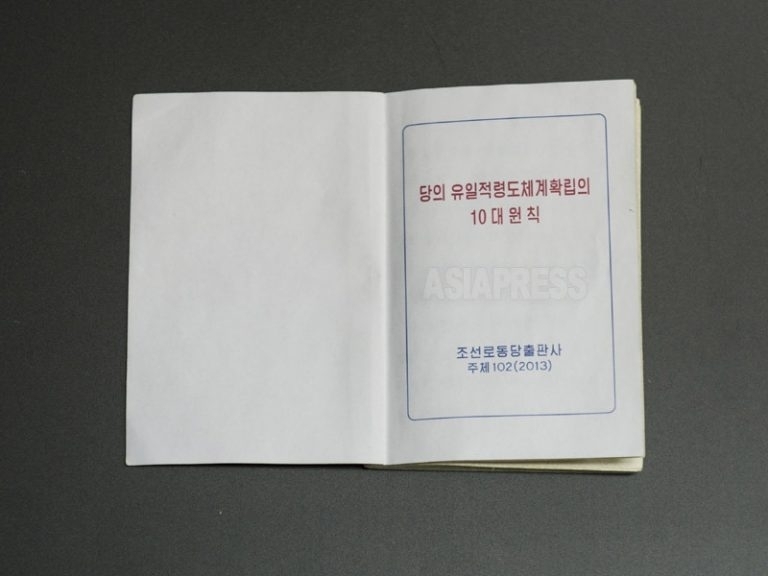 (Photo) The inner cover of the “Ten Great Principles.” The books are published by the Workers’ Party of Korea.

The “Ten Great Principles” was revised in June 2013, in line with the Kim Jong-un era. One of
the sentences added with the revision reads, “We will maintain the prestige of our part and
revolution through the Baekdu bloodline forever.” Another reads, “We must adhere thoroughly
to this purity.” In this supreme code, it is stipulated that there can be no leader outside of the
Kim clan and that power will be passed on within the family forever.

When Kim Jong-un first came to power, some of those among Pyongyang’s political and military elite were viewed as a threat to his rule. As such, the clauses of the “Ten Great Principles” were activated, resulting in a wave of deadly purges.
Next page :◆ Placing Kim Yo-jung second in command is a crisis...