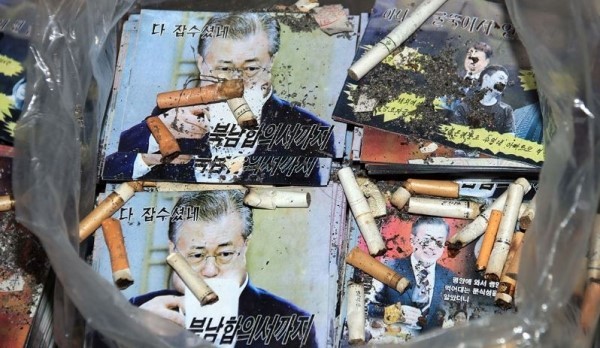 The 5-page document obtained by ASIAPRESS was produced by the Workers’ Party Propaganda Department and is entitled “Report on the Reflections and Countermeasures of the workers who are boiling with the heat of retaliation against the puppet regime that dared to touch our highest dignity.”

The report is subtitled "Dear Leader Kim Jong-un's June 22, 2020 ratification policy.'' In other words, the Ministry of Propaganda and Agitation received a direct order from Kim Jong-un to promote such “education” for the North Korean people.

Part of the internal document reads, “It is too late for [North Korean defector] human scum and Moon Jae-in to regret.”

Part of the internal document reads, “Like blowing up the North-South Joint Liaison Office and blasting it into the sky...”